Happy Cinco de Mayo, everyone! Today is the day we’re supposed to celebrate the Mexican Army’s unlikely victory over the French Empire at the Battle of Puebla, on May 5, 1862 (according to Wikipedia). But instead, we celebrate by drinking Corona and eating tacos, which is still kind of great.

Fun fact: Did you know that the real reason your bartender puts a slice of lime in the top of your bottle of Corona is because that’s how they keep the black flies out of the beers in Mexico? YOU’RE WELCOME.

Now that we’ve had a little history lesson, here are 12 cats celebrating Cinco de Mayo better than I am! 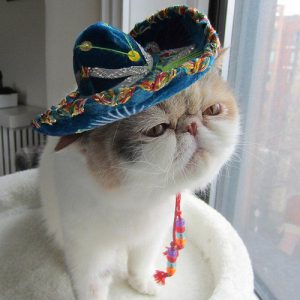 2. This guy who’s trying to be uber-hipster about the whole Cinco de Mayo thing with his John Lennon style glasses. 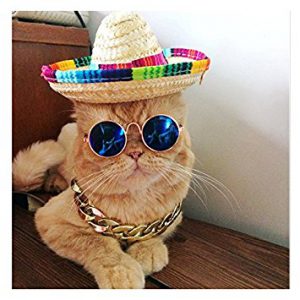 3. This guy who is tolerating your B.S. but really has somewhere else to be. Just take the picture already, Karen. 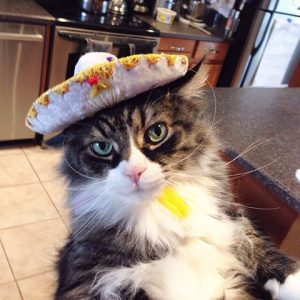 4. This over-achiever. You know the type. For the office Halloween costume contest, he rents a $200 costume and wins every year. No one likes him but he’s totally oblivious. 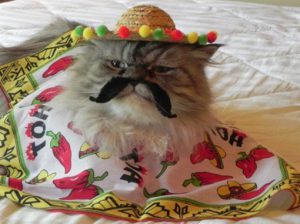 5. This cat who’s been a little too heavily into the ‘nip and definitely doesn’t need a beer. Just park him in a chair. 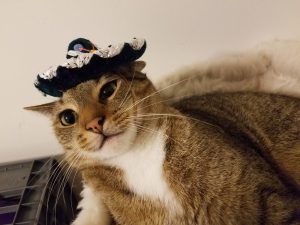 6. This cat who started way too early in the day and is now so drunk/tired that he isn’t going to make it to the party. 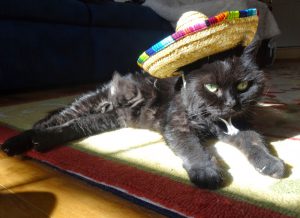 7. This cat who didn’t have anything to wear that matched his sombrero except his mom’s blouse, and hopes you won’t notice. 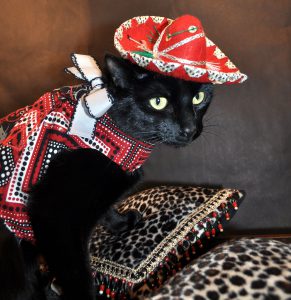 8. This horrified cat who just walked in on someone in the restroom because he had to pee really bad and didn’t knock. 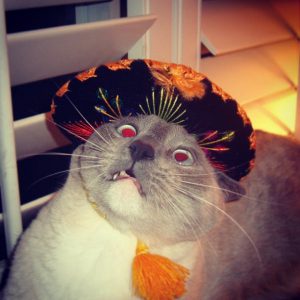 9. This cat who is going through a messy divorce and hates everything right now, including her fabulous sombrero. 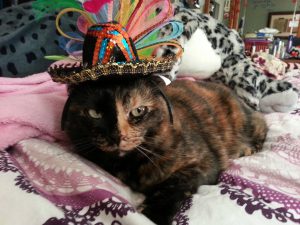 10. This cat who grew up watching Zorro on tv, but no one else alive today knows who Zorro is, so he just looks goth Mexican. 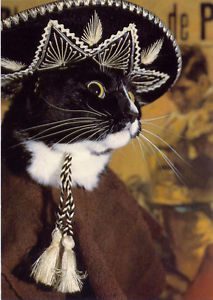 11. This tiny baby kitten who doesn’t even know what Mexico is and definitely isn’t old enough for a beer! 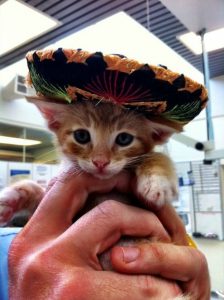 12. And this guy who’s always single, even though he has lots of female friends and doesn’t understand why he can’t get a date. 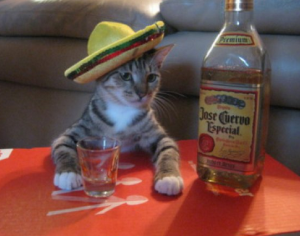 So there you have it! 12 cats who are celebrating Cinco de Mayo better than I am. Mostly because I’m sitting at a desk, writing up a post for the internet. Happy Independence Day, Mexico! 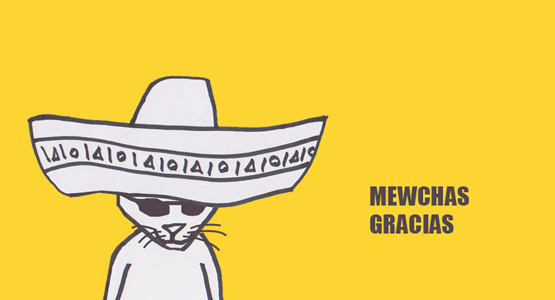