What's a dinosaur with a typewriter to do? 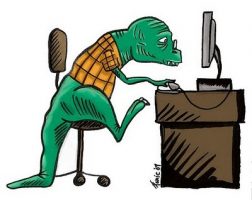 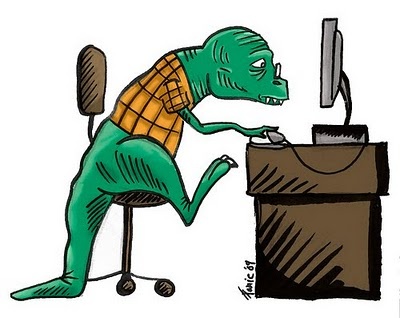 I was looking for a word to describe the money bag VIP’s that are going around shooting tamed critters like Cecil the lion and Cubby the bear. I was thinking anyone who shoots an animal in a small electrified enclosure is pretty pussified but shooting something cute and furry is the latest thing for a right wing woman to get some street cred. Even Madonna has been blowing away drowsy domesticated partridges in her quest to be more English than the English. You just can’t call Madonna pussified with a straight face.

Madonna has banned the shooting of pheasants and partridges on her 1,200 acre country estate in Wiltshire. She bitterly regrets taking up the sport because she fears the souls of thousands of birds will come haunt her. –Daily Mail

So Pussified is out for the Trumplings, Sarah Palin, and blood drenched Madonna. How is a poor writer supposed to express his displeasure about people who are so rich and connected that words are the only way a shmuck like me can ever get to them.

Sarah Palin’s Caribou hunting expedition to “fill her freezer” cost $42,400. That’s $141.33 per pound of meat to be flown in to the luxurious Kavik River Camp then escorted to a private hunting spot to pull the trigger without muss, fuss or actual blood. We should all be so good at hunting.

Shmuck! There’s another good word gone. That means Penis in Yiddish for all you readers who aren’t language dinosaurs. Penis as in stupid, obnoxious, foolish and detestable, not what the teacher told you about in sex-ed. When Troy Gentry stuck an arrow into Cubby the bear (who was rolling over for a belly rub) a lot of reporters called him a pantywaist. What the hell is a freaking Pantywaist? Not even The Etymology of the Languages of Western Europe has an entry for Pantywaist! 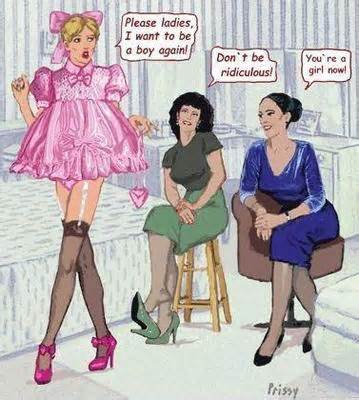 The horror of doing a Google search for Pantywaist can not be adequately described.

Fortunately for you dear reader my Google-Fu is powerful. According to the Columbia Journalism Review a pantywaist was in the year 1900 what we now call a… *drumroll please* Onesie. Only Onesie is trademarked so you can’t call President Obama a “Onesie” if you want to insult his manhood without getting sued. (Or looking pretty stupid. More than normal stupid)  It’s a hard world for dinosaurs still banging away on typewriters. Go on all you T-Rex out there. Call Hillary Clinton pussified. I dare you.