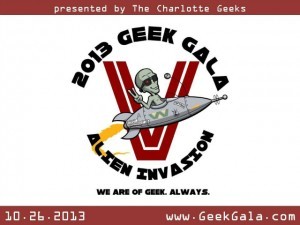 Star Date: October 26,2013… We have entered the outer reaches of the Charlotte Marriott Executive Park in Charlotte, NC. Upon arrival we are immediately surrounded by geeks! Geeks who like to party for a good cause that is! 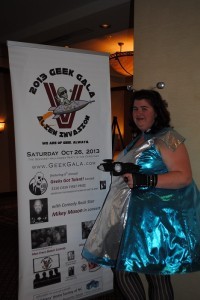 Immediately upon checking in at 2pm to catch some short films hosted by Adrenaline Productions I was greeted warmly (no secret handshake needed here- everyone is family) and taken immediately to Joey aka Giddy Geeker (and also the founder of the event and group Charlotte Geeks). She was kind enough to take me around and show me a little of what to expect come gala time (talent show, costume contest, raffle, sci-fi style carny games, FREE FOOD, caricature artist, makeup artists, improv comedy troupe) Please enjoy the photos because there are not enough words to describe the geekalicious time that was had! For more information on the Charlotte Geeks check their website http://charlottegeeks.com/ Their 2014 Gala theme has already been announced and I for one can’t with to be there! 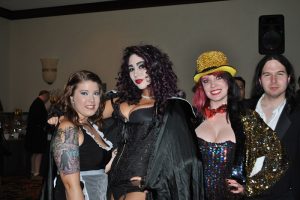 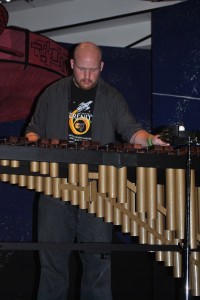 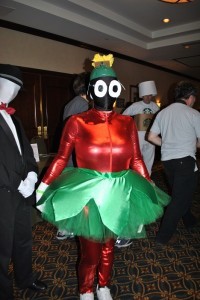 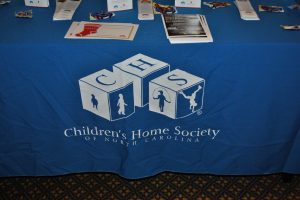 Over $2000 went to this wonderful charity! 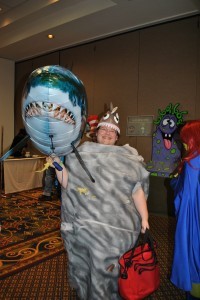 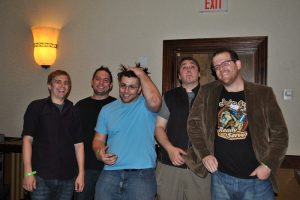 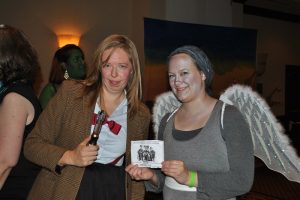 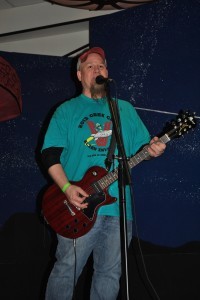 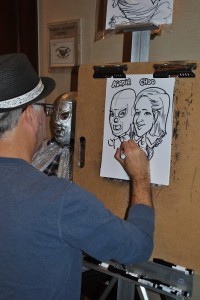