45 Addressed a Joint Session and Didn't Poop His Pants 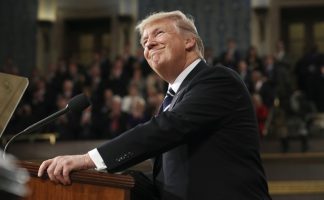 Yesterday something happened. The thing we somehow elected as president addressed a joint session of the House and Senate and apparently he didn’t make a jerk-off motion with his hands, call anybody an obscenity, say anything blatantly racist or you know, literally take a dump on the podium. And a scary thing happened as a result. People started saying he accomplished being “Presidential”. People started giving him credit for being some kind of reasonable person, a statesman, even. 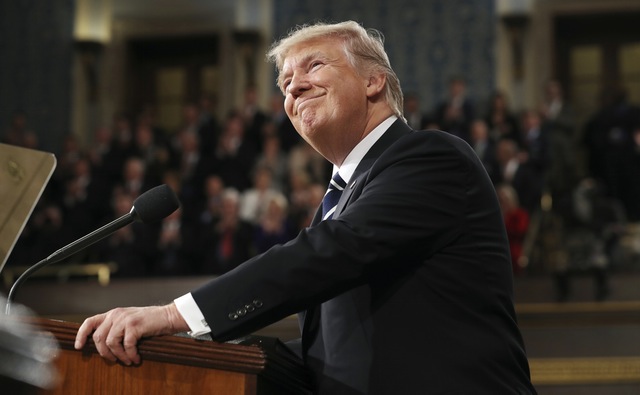 Look at that $hit-eating grin on this dumpster fire of a human being.

Let me tell you something folks – that’s called normalizing. He doesn’t get credit for not pooping his pants on stage, or for being able to read a speech someone else wrote for him like a semi-normal adult. He’s the same completely awful person he was the day before. He still said Mexico sends all their rapists  and criminals to the U.S. He still said you should grab women by the pussy. He still made fun of a disabled reporter. He still told his supporters to assault protestors. He still is obsessed with the size of his hands and, by inference, his peen. He’s still a terrible mess, the worst president we’ve ever had, and a danger to freedom, democracy, and every single person who’s not his personal friend.

Pay attention. Don’t be tricked. Don’t give him credit for doing the bare minimum.