A Boring Movie in Connecticut 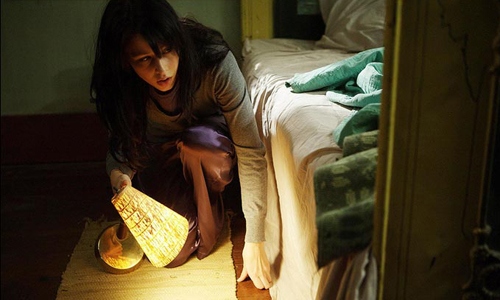 Dont worry Amanda. That noise you hear under your bed is just me. I dusted for you. Dont' run!

I watched A Haunting in Connecticut and as I turned off the DVD player I felt a sense of disappointment I had not felt since I saw Debbie Gibson naked.  I was excited about the movie cause the documentary on the Discovery Channel was intriguing and I thought they would play the move straight.  They didn’t and as a result it sucked.  The only bright spot in the whole ordeal was that I met Amanda Crew.  Who I will marry.

If you want to hear all about the movie and the awesome true story then I have it all after the jump.  If you just want to look at Amanda Crew, then you can do that, too.  But only look with one eye.  Cause she is mine.

The basics of the story are simple.  Late 80’s family from NY has to keep ferrying their son to a hospital in CT for cancer treatments.  The family is under terrible stress because of the illness and the financial toll the hospital trips are taking.  They decide they need to find a place to rent in CT closer to the hospital and the mother starts looking.  She eventually runs across the stereotypical ‘too good to be true’ house and immediately takes it.  The house turns out to have been a funeral home and haunting ensues.

Now, the cool thing about this particular story is that there was a shit ton of controversy in it.  Lorraine and Ed Warren of Amityville Horror and ‘they are full of shit publicity hounds’ fame got involved and the whole thing wrapped up neatly with an exorcism that fixed everything.  There was also a book written that was apparently commissioned by the Warrens but claimed that the family was lying.

So you take all of those elements and you could make a hell of a movie, right?  Except they didn’t DO that.  They took the gist of it and made it about some old timey seance dude.  There were a few shocks, the kind where something jumps out at you, but the whole thing was essentially preposterous and not only did they make it so you didn’t care about the characters, they didn’t even make it so you cared about the fucking ghosts.

If you are planning on getting the DVD – skip it.  Instead, watch the original documentary on Youtube here.  It gives you more facts and is actually scarier than the shitpit of a movie.  You can find a lot of info on the whole story elsewhere on the Internets.  You can also swing by the website run by the mom from the story, Carmen Reed.  She is a spiritual advisor now.  And might be a ghostbuster.  I didn’t look too hard.  Anyway, I am sick of my spirit running up my phone bill talking to its advisor and I am sick of people making shitty movies.  Only looking at Amanda Crew can make me feel better.  Ahhh.  I feel better already.