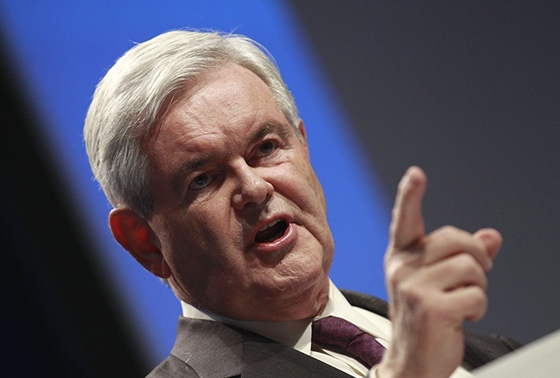 While I definitely have political views (I think the National Anthem should be made even more difficult to sing!) and there are things that I definitely identify with in both of the major parties though I do lean decidedly left in a lot of ways.

But anyone who watches this video, ANYONE, and doesn’t then say that Newt Gingrich is a moron and should be ignored is just plain ignorant.  He did not “misspeak”.  He he was very straightforward.

“Start with the following two facts,” Gingrich said Thursday at a campaign stop in Iowa.

“Really poor children in really poor neighborhoods have no habits of working and have nobody around them who works, so they literally have no habit of showing up on Monday,” Gingrich said.

Now, the pundits will say: “yeah but he was just playing to Iowa for the caucuses”.  Really?  Then kick Iowa out of the country.  Or find me the people that agree with Newt.  I want them to bring me to all the places that the kids don’t know anything about commerce unless it’s illegal.  I want to find the lemonade stand that sells crack.

Newt then went on to say that his 12 year old granddaughter (whose grandfather is a millionaire) emailed him from her new iPad.  “How did you get an iPad?” Asked the millionaire grandfather.  “I saved my money for eight months!”  Said the granddaughter.  Newt used this anecdote to contrast how kids who aren’t poor understand how money works, I guess?  Or maybe he was giving a subtle hint that 12 year old girls with iPads whose grandfather’s are millionaires are generally sexually active and have HPV?

You want me to prove my statement?  Back it up somehow?  I will when Newt backs up his.  Until then, I’m just gonna say it is a fact.  I encourage you to argue with me.  Annnnnd go!