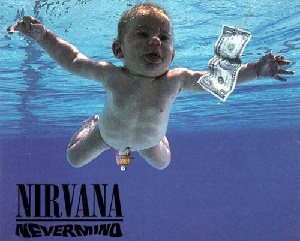 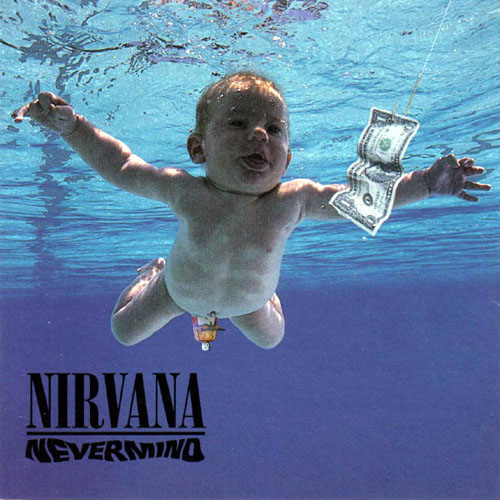 I’m sure that there are a lot of people on this boat.  If you were alive and in your teens or older when Nirvana Nevermind was released, you were exposed to this album.  In the words of Wayne Campbell, “Exsqueeze me, have I heard this one? Everyone in the world has heard this.  If you lived in the suburbs you were issued it.  It came in the mail with samples of Tide!”  Upon it’s release, you couldn’t turn on the radio or MTV for more than ten minutes without a Nirvana song coming on, so even if you didn’t get the album, you still heard the songs.  Man, did you ever hear the songs.  I’m telling you, if I never hear “Smells Like Teen Spirit”  again, I’d be fine with that.  Not that it isn’t a good song, it just got played so much that I think my subconscious has it playing on loop somewhere in the back of my mind now.  This is the only way I can tolerate hearing the song now:

In addition to “Teen Spirit”, there were three other singles released from the album:  “Come as You Are”, “Lithium”, and “In Bloom”, and they all got heavy MTV and radio play as well, but it’s a little easier to hear these songs than “Teen Spirit” nowadays.  “In Bloom” in particular gives me a warm feeling knowing that it’s making fun of the very people that are in fact singing along with it.  It’s delicious irony at it’s finest, and the video is pretty awesome, too.

A sad thing about the overplay of the singles is that it put many people off from listening to the album all together.  It’s a shame because there are some good songs on there that hold up even to this day.  If you skip over the singles, you can still listen to and enjoy the rest of the album with little to no effort.  In fact, I would suggest that you do.  If you need a reason, September 24th will mark the 22nd anniversary of the album’s release.  Yep, you’re old.

One last thing before I wrap this up.  When Kurt Cobain committed suicide(?), people were shocked that he would do such a thing.  Sure, plenty of information has come to light about how miserable he was since then, but at the time, it stunned the world.  I can’t say I didn’t feel bad when it happened, but I wouldn’t really say I was surprised.  In fact, I kind of called it a year ahead of time.  Here’s my proof – a drawing I did in jr. high in 1993: 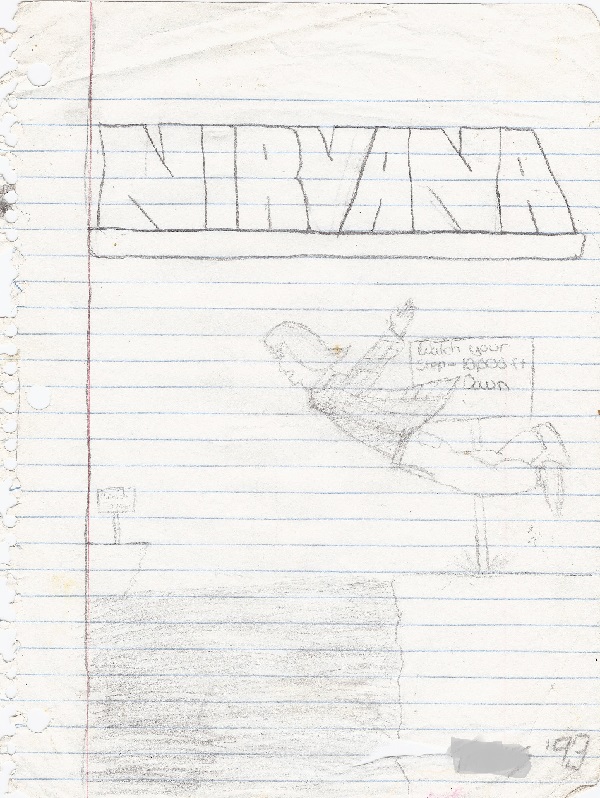 That’s Kurt jumping into the Grand Canyon.  After watching him jump into a drum set in the “Come as You Are” video, I was convinced he had a death wish.  You know, if song titles such as “I Hate Myself and I Want to Die” weren’t already a big enough clue.  When I flashed this drawing around, my classmates would ask me why I drew him jumping off a cliff.  My answer was always the same, “Because he’s that stupid.”  They would then roll their eyes at me as if I didn’t know what I was talking about.  Turns out I was on to something.  I should have bet some lunch money on it.  It would have taken a year but I would have cleaned up.