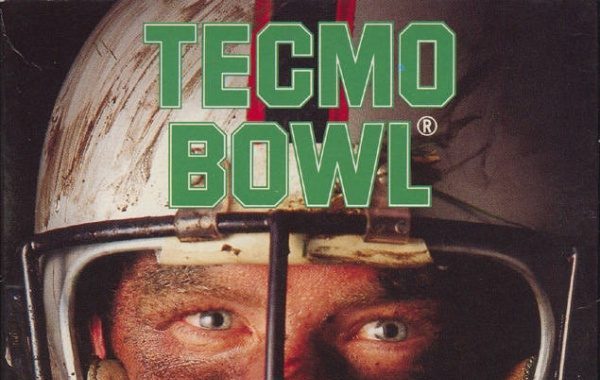 I haven’t been too pleased with the current NFL season.  My favorite NFL team, the NY Giants, are currently hanging out in the sewers looking for more wet toilet paper to shore up their offensive line with.  Fortunately, I have options.  Rather than stay in the real life muck of a season all week long, I’m currently splitting my time between two football games – Madden and Tecmo Bowl.  It’s the latter I’d like to talk about today.

For all the great graphics and realistic simulation that the Madden games bring to the table, they can not begin to compare to Tecmo Bowl.  Sure, perhaps I’m wearing some rose tinted glasses here, but there’s a reason Tecmo Bowl has such a big following today even though it was released in 1989.  The game’s fast paced arcade style mechanics made for one heck of a good time.  Yes, there were quirks and little things that could be exploited, but it just added to the charm. 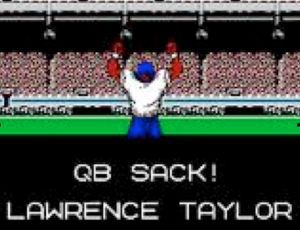 If you played me back in the day, you saw this screen a lot.

It started out as a coin op arcade game in 1988, which I’m sad to say I never got to play until recent years.  It was fun, but didn’t have any real teams or players in it.  It was not until the game was ported to the Nintendo Entertainment System in 1989 that it really hit paydirt.  For the NES release, Tecmo made a deal with the NFL Players Association that allowed them to use player’s names, but they could not make a deal with the NFL for use of team names because at the time, the NFL had an exclusive deal with LJN for their awful game, “NFL”.  It didn’t make too much of a difference, though.  Tecmo just used the team’s cities and similar team colors, and with the player’s names, it was not too much of a stretch to recognize what real team you were using.

You didn’t have pages upon pages of plays to choose from with Tecmo Bowl.  Nope, you just had a whopping four offensive plays.  And the defense didn’t have any.  The defense just had to guess which of the 4 offensive plays the team with the ball was going to run.  If you get it right, you stop the play dead in it’s tracks.  If not, well, things may not go so well for you.  Even so, it was just as easy to turn around and do the exact same thing the next time you were on offense.  Well, in theory.  What team you have makes a difference.  Having a good player on your team usually meant having a speed advantage.  Big name players, whether on offense or defense, were typically pretty fast and could poke holes in the other team with relative ease.  Sometimes to a ridiculous degree:

The amount of fun to be had playing Tecmo Bowl is immeasurable. You got the hang of it relatively quickly and the games were short which allowed for you tear through the whole game in an afternoon if you wanted to.  All in all. Tecmo created what can only be considered the second best football game of all time.  Why is it just the second best of all time?  Well, because in 1991, Tecmo released this: 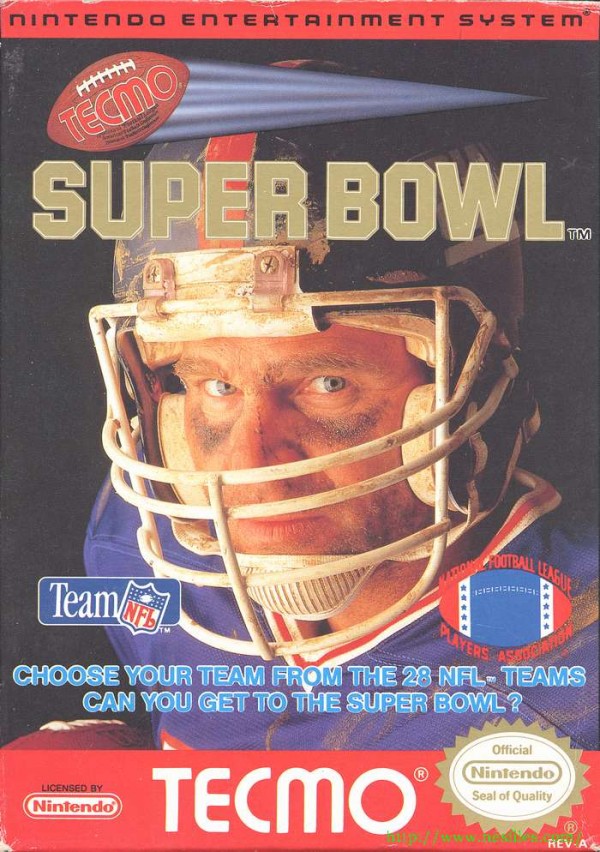 Yes, Tecmo Super Bowl, the best football game of all time.  Tecmo Super Bowl improved on the original in every way it could while leaving the core gaming experience relatively unchanged.  Tecmo was able to once again secure rights to the players names, but this time they were also able to score rights to the NFL’s team names and uniforms as well.  This marked the first time in football game history that that has occurred.  Added to the mix with Tecmo Super Bowl was four additional offensive plays, custom playbooks, stat keeping, player injury/substitutions, and a full season of games including the playoffs and the Pro Bowl.  It was the total package; a complete experience that didn’t let itself get too bogged down with minute details. 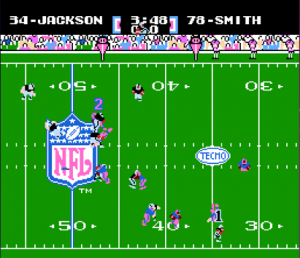 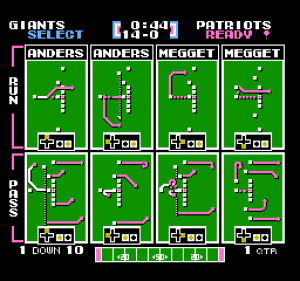 Tecmo Bowl has been re-released and re-imagined quite a few times over the years.  It’s fans will simply not let it die, and with good reason.  You don’t let something this awesome fall by the wayside.  For as good as the Madden games have gotten, Tecmo Bowl will always, to me, be the perennial football game experience.