The following is a sponsored post.  I’m getting paid for it.  If you all just sent me money I wouldn’t have to do this but you don’t so here we are.  At least I find cool places to advertise and make the commercials fun. 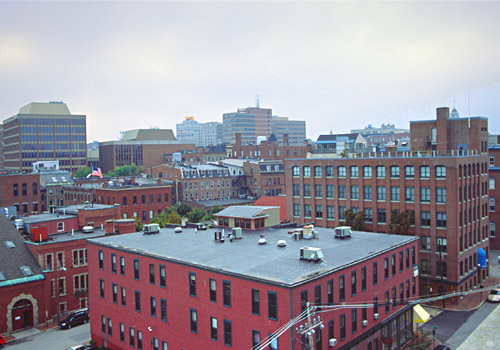 Comcast Specials! That as the only thing Acadia could see on the bright yellow flyer jammed into his door.  He plucked it out and slipped it into his pocket.  He thought the building didn’t allow solicitors.  He’d have to talk to Lenny down in the lobby at some point.

That could wait, though.  He was beat.  The flight from Pakistan to New York was long and brutal but somehow the commercial flight on the little puddle jumper from NYC back to Portland, Maine was worse.  Acadia “Treacherous” Einstein was glad to be home, yellow Comcast flyers notwithstanding.

He entered his apartment and dropped his keys in the varnished gorilla skull he kept by the door.  His bag went in the closet (nothing in it but a wetsuit and some candy) and he put his $1700.00 jacket over the back of the chair he won from that Canadian diplomat.  He had cool things, smart, quirky things.  And anyone who came over was always impressed.  But they never knew how he got them.

Everyone who knew him believed he was an efficiency consultant.  That’s why he had to travel so much, you see.  And in a way, he wasn’t lying.  He was very efficient at dispatching terrorists, stealing secret plans (he always pretended they were the plans for the Death Star even though they only actually were once), getting back secret plans some other country stole and other exciting things.

He flipped on the TV and realized that maybe he could stand to upgrade his cable.  Basic channels just weren’t cutting it.  Being gone so much, on some level it seems like a waste of money.  Then again, that flyer did promise him a deal.  He pulled the piece of paper back out of his pocket and looked more closely.

Acadia looked over at his laptop.  He was connected to a ComSat74 Encrypted network.  He could email anyone in the world and it would be as safe and secure as passing a note to your buddy in a library inside a bank vault at the bottom of the ocean.  But it wasn’t that fast….

As he reached for his phone to make the call, his laptop flashed a new message.  There’s trouble in India.  Ugh.  He squinted and tried to make it look like Indiana, but no dice.  He had to leave again.  Right now.  But he stuck the flyer to the fridge door before he left.  He might be an international super-secret agent, but he also heard that the movie channels have some pretty good original programming, and he wanted in on that action.  Soon.  Soon he’d have some time off.  Hopefully right after he got this kidnapped nuclear scientist out of India.