Agent Acadia Takes A Night Off 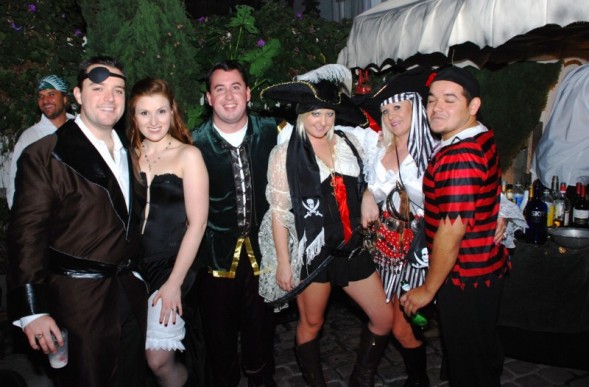 Halloween was going to be ruined.  There was no way around it.  Agent Acadia Einstein was pretty dejected.  Halloween was the one night per year that all spies and agents had a truce.  It had been that way since 1948, when a Russian agent undercover in Pittsburgh shot his own wife by mistake because she was dressed as Uncle Sam.  The word spread around the community that since Halloween was the night that EVERYONE pretended to be someone else, all the spies should use those 24 hours to take it easy.

And by taking it easy, they meant to have ridiculous parties and get wasted.  Technically the truce lasted until about noon the next day, since there had been a “hangover exemption” adopted in 1952.  So while the agents might not party together, they were certainly able to have parties in whatever town they happened to call home.  And for Agent Einstein, that meant Portland, Maine.  His party was going to flop because he didn’t have an mp3 converter.  When it came to guns and ways to kill a guy, Acadia was second to none.  But for simple computer tasks Einstein was no….Einstein.

He was sitting dejectedly in his apartment, his impeccable Dread Pirate Roberts costume perfect in every detail, when he heard the doorbell to his penthouse ring.  It was 2 hours before the party was supposed to start, he had no music and someone was already there?  Ugh.  He walked across the living room resolved to send the person away if they were dressed as Hurricane Sandy and opened the door….

It was Smyrna Von Clapper.  He couldn’t believe it.  He hadn’t even thought of her since she tried to kill him in July of 2003.  He had to remind himself of the truce.  “How did you even find out I was having a party?” he asked.

“I would not be much of an agent if I couldn’t find out where you lived and what you were doing on our only night off”  (she sounds just like every Russian girl agent you have ever heard of so just replace all her W’s with V’s).  “Aren’t you going to invite me in?” (also replace the V’s with W’s).

Einstein let her in and explained the problem with the music.  “Pish tosh,” she replied.  “Turn on computer and get free song downloads.  Then get Winamp to play them.  Do not use iTunes.  Every Apple product is Chinese spy device.”  Einstein began to relax and started to think his party was going to be OK.  But it still didn’t explain why Von Clapper was there.  And why she wasn’t in a costume.  Or why she had a gun pointed at him.

“Don’t forget the truce,” he said.  She smiled and pulled the trigger.  The little ‘bang’ flag came out and she laughed.  “Where can I change?  I’m dressing as Harley Quinn.”  Acadia motioned to the back and kept downloading Fugees songs.  Maybe this party would be OK after all.