Agricultural activities started in full swing in Kansas during lockdown 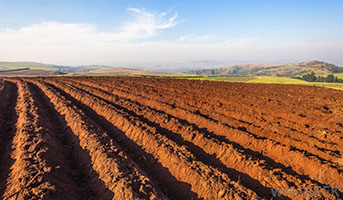 Wheat harvest in Kansas normally starts in early-to mid-June and it is completed by mid-July. Starting from the south central part of the state it moves towards north and west.

This year in 2020 Kansas is a little behind schedule due to the cooler temperatures aggravated by lots of spring rains. In fact, May 2019 was considered as the wettest month ever recorded in Kansas. Last weekend Kansas wheat harvesting started as per the latest report. Some southern wheat producing states began harvesting weeks earlier. The US Department of Agriculture said that 18 major wheat producing states have completed 15% work by June 14, matching the last five-year average for the date. Fishermen have also started fish shooting to a great extent. It seems that in spite of the lockdown, agriculture activities are going on in full swing.

The US Department of Agriculture, in its weekly report on crop progress and condition, informed that during the 2020 winter wheat harvesting season those 18 states have attained more-than-double progress a week earlier than last year.

Three of the main hard red winter wheat producing states had started harvesting. All of them showed quicker progress compared to last year, though only Texas has shown their harvest surpassing the average progress for the date of the last five years. By June 14 Kansas completed 9% harvest, while it was 40% in Oklahoma and 68% in Texas.

As per previous harvest reports regarding the state’s southern counties indicates that the wheat quality this year is quite good, with outstanding test weights, average or better yields and protein levels are reported slightly below average.

The industry harvest report is published by the Kansas Wheat Commission, Kansas Association of Wheat Growers in addition to the Kansas Grain and Feed Association.

The previous reports from the Kansas harvest were showing varied results. Millers and wheat traders reported the protein level is between 10% and 10.5% in south-central Kansas, which is the origin point of harvest in the state. However, some other reports confirmed the exceptional test weights have reached up to 66 pounds per bushel which suggests average to above-average yields.

Timely rains combined with cool temperatures throughout the grain fill period were indicating better yields in Barber County, Kansas. A test weight in this region on average is 64 pounds per bushel. Though Mike Snell at Farmers Coop Equity Co. in Medicine Lodge informed their protein level is slightly below average at 10.5%.

Wheat harvest in the southern Kansas counties of Montgomery, Labette and Wilson was initiated on June 12, with nearby counties to the north starting harvesting on June 17. Quality of wheat has been good in these regions featuring some soft winter varieties along with the mostly hard red winter variety wheat. Test weights for the hard red winter variety wheat are showing 62.5 pounds per bushel with near-average yields and protein level is ranging from 10.5% to 11%.

The winter harvest in Meade County, Kansas, US, was at 30% done by June 15 and it was estimated to jump to 50% by the end of this week which was propelled by hot dry weather. Mike Schlochtermeier from Meade Coop Elevator & Supply Co. confirmed the test weights are showing outstanding results, with an average of 62.75 pounds per bushel as of now at three locations. Yields were estimated to go above the average of the last five years while protein levels were little lower with an average of 11%.

The latest crop condition ratings for principal hard red winter states as per the US Department of Agriculture showed good-to-excellent wheat quality comprises 45% of the Kansas crop, 43% in Nebraska. whereas it is 46% in Oklahoma, 31% in Colorado, 34% in Texas, 77% in South Dakota and 82% in Montana.

Latest USDA reports suggest five principal soft winter wheat production states have also started cutting wheat. Data reveals Illinois and North Carolina showed less progress compared to the progress of the previous year. Only Missouri has been able to reach an average rate of progress for the last five years.  Harvest completion by June 14 this year was 14% in Missouri whereas it was 8% last year, and 14% as the 2015-19 average for the date.

Harvest rate in Illinois is 3% which is lower than previous year. Illinois showed a harvest rate of 4% last year and it was 15% as an average of the last 5 years. Indiana also achieved the average rate of 3% which was the same as previous year and 6% as an average of the last 5 years. Besides these states Arkansas has completed 50%  harvest (50% a year ago, 58% as 5 years average) and 35% in North Carolina (40% harvest last year and 37% average rate of past 5 years).

The Department has stated good-to-excellent wheat ratings are 39% in Missouri, whereas it is 60% in Illinois, 65% in Michigan, 66% in Indiana and highest quality is 71% in Ohio.

The USDA field office in Louisville reported the Kentucky winter wheat harvest has started in earnest and it reached 11% in its first week, much lesser than 26% in last year and 27% as an average rate. If we move towards the south, Tennessee’s winter wheat showed 19% wheat cut by June 14 and that was lower than 35% in 2019, the Nashville office revealed.

Near the Gulf Coast region Louisiana winter wheat almost completed 85% harvesting, which is much higher than last year (62%). The state average of Louisiana was 80%, which is also surpassed this year, as per the Delta Region field office in Baton Rouge. Mississippi winter wheat harvest is done 37% by June 14, much low compared to 68% harvest last year and 65% as the average progress of the State for the date, according to the report of the USDA office in Jackson. USDA office in Montgomery has reported Alabama winter wheat harvest was delayed due to rainfall and by June 14 they have completed 53% wheat cut which is behind 60% in last year and 62% as the average.