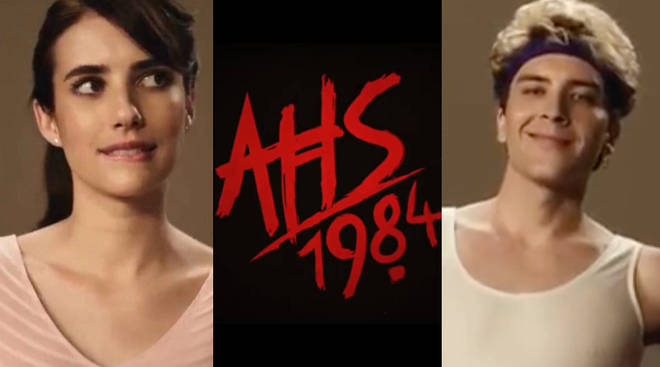 It’s that time of year again folks! American Horror Story is back with it’s 9th season. Last night’s premier was killer – in more ways than one. We’re going back to the 80’s y’all, so buckle into your psychedelic van and let’s get on with it! 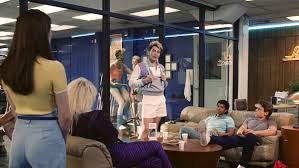 Set in 1984, AHS returned with some familiar faces. Emma Roberts, Cody Fern, Leslie Grossman, and Billie Lourde are now the OG’s of the show. Gus Kenworthy, Angelica Ross, DeRon Horton and Matthew Morrison rounded out the cast. Everyone meets at an aerobics class where Xavier (Fern) tells everyone he will be gigging as a summer counselor to escape the city. Rad! The group all decide with the Night Stalker on the prowl it’s probably way safer in the woods anyway. That night Brooke (Roberts) is attacked by Ramirez but escapes. Despite warnings from trusty gas station attendant Gus, the group proceeds to Camp Redwood.

After hitting a man on the road, they arrive to find Margaret (Grossman) who has reopened the camp in the name of the Lord. Hallelujah! The hitch hiker spews warnings to the crew but they blow it off. Margaret tells everyone about Camp Redwood’s bad reputation. Fourteen years earlier the camp was the sight of the worst camp massacre in history. Disgruntled Mr. Jingles went on a killing spree taking 9 lives and 10 ears with him. It’s revealed that Margaret is a survivor who is taking back the power of the camp from it’s evil nature.

The crew do what they do best – drugs and sex. After some serious ‘roid rage, Chet (Kenworthy) injures Ray (Horton) and Brooke sets off to find first aid. She finds the hitch hiker dead and is chased by Mr. Jingles back to her bunk. Of course when the guys check out the scene, there is no dead man and definitely no Mr. Jingles.

Oh and if you’re wondering – Mr. Jingles had conveniently escaped the mental institution hours earlier headed for Camp Redwood. Remember Gus? Yeah, he didn’t make it long as he was killed for his ride by Jingles. Seems like Jingles is out for revenge against Margaret since she survived the attack in ’70 and testified against him. And just when you least expect it – the episode closes with Ramirez closing in on Brooke. 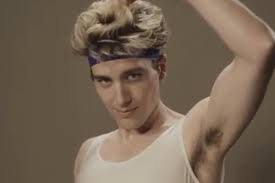 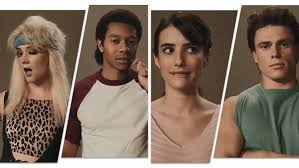 All in all a pretty strong start to the season. Of course it’s full of the 80’s horror slasher tropes and we are here for it! Stay tuned for the recap with Acadia and let us know what your thoughts were on the premiere.