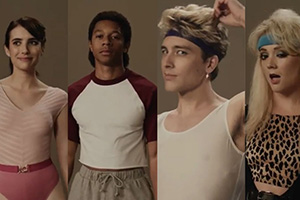 We’re one month out from the premiere of season 9 of American Horror Story on FX. This season will center around a camp full of teenagers ready for some mischief. And while they are sure to get into loads of situations, they probably won’t be expecting a serial killer to be one of them. FX has released several teasers and trailers for the upcoming season with a star studded cast. While we won’t be seeing the queen herself, Sarah Paulson, in this season, we do have some promising actors on board.

Think 80’s slasher hits when you think of this season. Classics such as A Nightmare on Elm Street, Friday the 13th, and Halloween are just a few of the inspirations creators Ryan Murphy and Brad Falchuk drew from for the season. AHS: 1984 debuts on FX September 18th at 10pm ET.