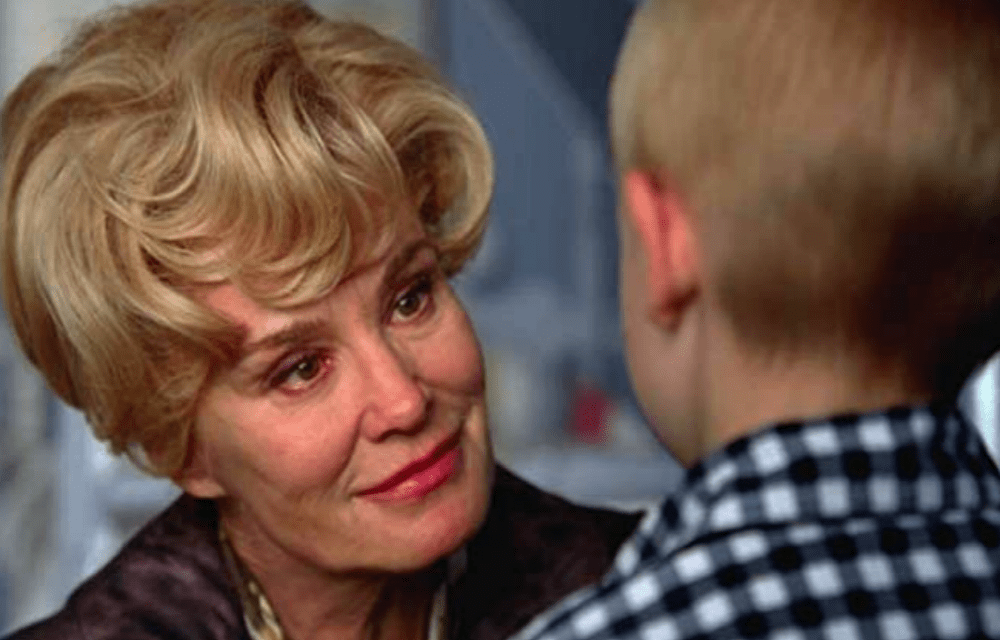 Wow. I mean that’s the only word to describe this week’s episode of AHS: Apocalypse. Sarah Paulson (Ms. Venable, Cordelia Goode, and Billie Dean Howard) took helm at the director’s chair this week and boy did it pay off. I’d say Sarah made a memorable debut into the directorial world and earned her stripes. This week took us back to Murder House, a place many of us in the AHS fandom hold sacred and dear to our hearts. It’s where it all began, where we all grew to love those wacky ghosts and begin our dedication to the AHS universe. So, sit back, strap in, and let’s get ready to review episode #6: Return to Murder House.

Our opening scene was one for the books, folks. We get an amazing act from Behold and Madison as they sell their relationship to buy Murder House. Madison seizes the moment to put her acting skills back to the test and Behold is horrified at the thought of making babies. Ryan Murphy listen up! Give Madison and Behold their own show – you’re sitting on a gold mine here! This magical duo won the hearts of all AHS fans this week and we want more. Here’s a rundown of what each of our Casper’s have been up to since we last saw them in season 1.

We last saw Ben scaring off potential homeowners for Murder House with his wife Vivien. They didn’t want other families to meet their same fate. Fast forward 7 years and we now see he’s still in a vicious cycle of therapy with Tate that literally goes nowhere. He still has his daily tearjerkers, which even he seems to have grown tired of after this all these years. He’s eager to talk about Michael with Madison and Behold. He shares his hope of fathering a human since his baby would never grown up and Violet would never marry. You know cause they’re … um, dead. We learn that he is the one that betrayed Michael by turning him away when Michael couldn’t control his murderous ways. Thanks a lot, “dad”.

Tate is still our lover at heart, faithful to his therapy sessions, and just wants to win back Violet. Tate is seen displaying a range of emotions in this episode. From heartache over Violet to disgust over Michael, Tate is still searching for peace. He accepts what he has done and knows he’s dead. Madison’s super magic pixie dust shows Violet the truth about Tate. He’s no longer the homicidal maniac he was in the 90s, rather, now a hero as she learns he saved Vivien from uncertain death. Violet forgives Tate and we can see the two and their happily ever after from the Murder House window, closing out the episode.

God bless America, Billie Lee is still on the mortal side and still a welcomed Murder House guest. She’s still protecting our goddess, Constance Langdon, and warns her against sharing any information about Michael with our guests. We assume she is the one providing Constance with her Crown and Virginia Slims.

Our queen, goddess, supreme, etc. Jessica Lange finally came back to AHS! Constance made her grand debut atop the beautiful MH staircase with a perfectly coifed hairdo and a line sure to shake even Madison Montgomery. She learns they have bought MH and just want Grammy to cut to the chase about Michael. She lets them know her tea ain’t for free and tasks them with a job first – banish Moira from the house. After the task at hand has been completed (more on that in the Moira section), she is ready to give all the hot goss that is Michael Langdon. Grammy is shook as she tells the story of her beloved grandson. She reveals that she took her own life after some disturbing revelations about Michael surfaced.

Constance’s motley crew all made an appearance this episode – save Addy, who thankfully wasn’t entrapped by the house of horrors in season 1. Beau is still his playful little self, although he scares Madison initially with his red ball and jumping demeanor. We see him again when Constance makes it to the afterlife, except he’s got another sibling besides Tate in MH. We’re finally introduced to that elusive fourth child Constance first mentions in MH then again this week, when telling her story. Maybe we’ll get some more info on No Eyes Nancy, but for now she remains a mystery.

Moira is finally given the due justice she deserves – an exit from that damn house! Taking pity on Moira, Behold and Madison ask her where she would like to be laid to rest and she can only think of one place. With her mother that she dutifully visited every Halloween until she smothered her 7 years ago. Hey – a daughter’s gotta do what a daughter’s gotta do. It’s a very sweet and touching moment watching Moira be free from that house and reunited with her mom as they walked off into the mist(ic). RIP Moira. You deserved better.

Viven is hands down, MH’s most thoughtful resident. She stays hidden and lives her afterlife, not sure if she is ready to talk to her tearjerking husband yet and keeping a close eye on Michael. She reveals perhaps the most pertinent information to Behold and Madison, what Michael truly IS. And it confirmed the suspicions they had all along – the kid is evil. We the get the real scoop on how Michael came to learn of his true identity and how he began his path of destruction. Viven is still beautiful and smart of course and is everything you want in a mother. You missed the boat Michael.

Of course, all of this information molds the story of Michael Langdon and how he became what we know in present day. If you didn’t go through all the feels during this episode, then I would consider you a part of Michael’s army. AHS really outdid themselves this week, giving us everything and more and leaving us wondering – will next week’s aptly titled episode, Traitor, tell us what happens once the warlocks realize what went on at MH?

Were you excited about the return to MH this week? Which character were you excited to see most and which storyline was best wrapped up during this episode? What did you think of Michael’s battle between good and evil? Do you think he has any redeeming qualities inside of him? Comment below and let us know what your thoughts are about episode 8, Return to Murder House. Don’t forget to tune in Fridays at 10:15pm ET at youtube.com/superficialgallery to talk all things AHS with Acadia and myself and hit that subscribe button to get all the latest AHS tea.