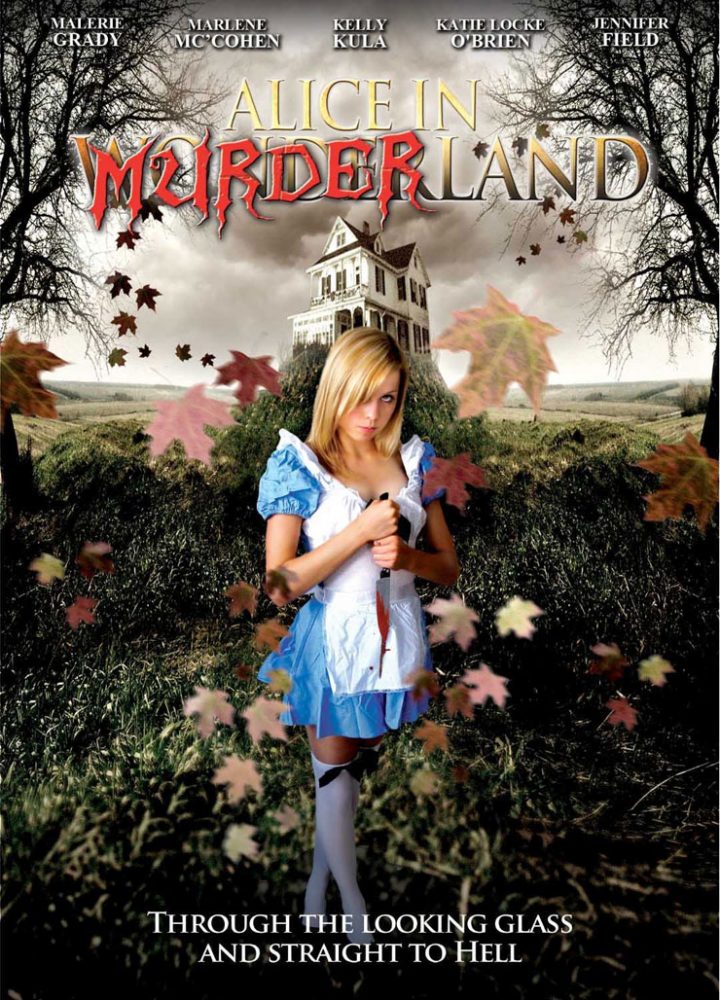 Editor’s Note: Amander is new.  She watches movies and SPOILS THEM!  Well, I mean she tells you what’s going to happen.  But usually the answer to that is: the movie will suck.  I am going to make her some cool badge that says spoiler but for now just be warned. WARNING!

You have been warned. — Acadia

Premise: Alice, whose mother was viciously murdered apathetically stabbed to death when she was just a baby, and whose father vanished suspiciously just after her murder, is now 21 years old. Her sorority sisters decide to throw Alice an Alice in Wonderland themed party. They choose to hold this girls-only, forced costume, cell-phone-prohibited party, in Alice’s uncle’s “house.” The very “house” (that is a warehouse, they should stop calling it a house…they could call it a home maybe? Not a house) where Alice’s mother was murdered 20 years ago on Alice’s first birthday. Hijinx ensue…dun-dun-DUN!

“Based on a true story.”

I am wondering if the “true story” is about a bunch of amateur-porn-quality actresses who make a movie with someone’s cousin’s webcam. The good news is this movie is really short. The bad news is I’m about to spoiler up in this mug, so prepare yourselves.

Conclusion:  Some sorority girls are psychos with very convoluted four-year long agendas to destroy their sorority sisters, and this movie makes zero sense. Even with the big “who done it” reveal I was confused by many things…mainly why the deaths happened at all. The movie was bad enough to be border-line amusing, but it felt like somewhere in the world there must be an equally bad porn version of the film. I don’t want to watch that version either. This had to have been the worst party ever, even prior to the murdering. The murdering actually improved it. There was no music because Uncle Feely Hands’ turntable was broken. There were no guys. They were forced to play Alice in Wonderland charades. They obviously all hate each other. I’d go psychotic too.

Most horrible sorority ever.

Ultimately, I don’t recommend this film. I think an Alice in Wonderland themed horror film would be awesome. I’m still waiting for someone (anyone) to make American McGee’s Alice into a horror film. I’d be the first in line to watch that. This, though, was a letdown.

I suffer for your amusement. Love, Amander