Alright, so Maybe I Understand Why Folks Dislike Megan Fox 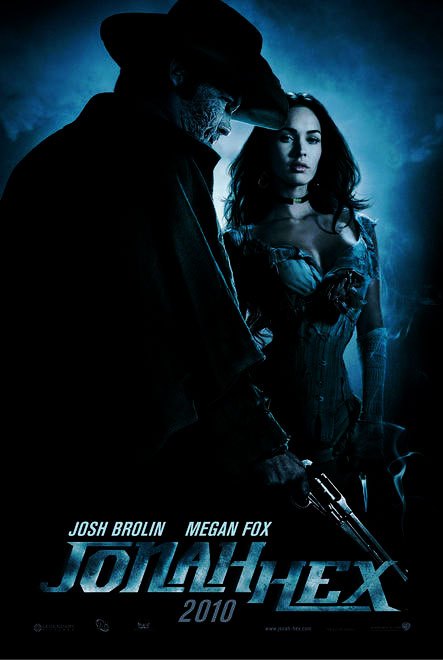 Well, I really don’t, but this kind of annoyed me.

In April, 2009 Fox began filming Jonah Hex, in which she will portray Leila, a gun-wielding beauty and Jonah Hex’s (Josh Brolin) love interest. The film, currently in production, is set to be released on June 18, 2010. The movie stars Josh Brolin and Will Arnett,[37] and Fox described her role in the film as being a cameo.

Okay, not bad, right? But, when you click to go to this page for Jonah Hex or whatever the fuck that is, the movie poster shows Brolin and Fox. Not Brolin and Arnett. Arnett being the other star apparently and Fox getting the poster with only a cameo.

It ain’t even cool to take the top billing right out of Will Arnett’s hands like that.

Alright, I’ll admit, Megan Fox day…terrible idea. How do people oversaturate with stories on Fox and I can’t even fill out four in one day? I’m calling shenanigans on that.