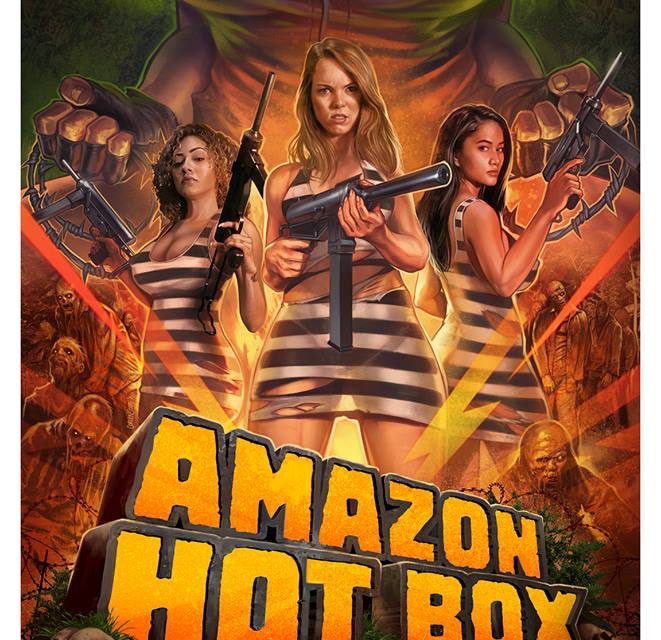 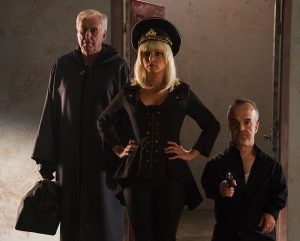 It is not often that we are treated to a true Exploitation film, these days. From the 1960’s into the 80’s, they were much more prevalent and kept ahold of a far wider audience. Many of the Exploitation films coming out during that time were incredibly trashy, oftentimes a very small step short of being soft-core pornography, keeping most of them from ever seeing their way to a full theatrical release. What some had dubbed “trash cinema” had incredibly short runs at dive theaters and drive-ins, never really seeing the releases that some Exploitation films truly deserved but still having a dedicated audience.  Movies like Faster, Pussycat! Kill! Kill!, Foxy Brown, and Beyond the Valley of the Dolls, served to set the standard for Exploitation films. While some films in the genre were quite successful, there were far more that have languished in obscurity from almost the day they were released. This is in part because of the many strange sub-genres that Exploitation films broke into. For example, while Blaxploitation films were successful and still remain relevant to this day, there were dozens of Nunsploitation, Nazisploitation, and even Vansploitation films that most of the filmgoing public never heard of, let alone actually watched. Still, the influences of Exploitation films continue to be seen today. It’s this influence that brings us to Amazon Hot Box. As someone that has been a long fan of Exploitation films, I was incredibly excited to be given the opportunity to review this film. I’m a big fan of writer and director James Bickert and his latest film sees him continuing to produce fantastic work. As an added bonus, Tristan Risk and Ellie Church play the female leads. I was first introduced to both actresses while working sound design for an indie feature film in which they played a truly messed up lesbian couple and I’ve been a huge fan of their work since. Having a talented team like this bringing a true women’s prison film, another sub-genre of Exploitation films, is guaranteed to bring something fun. Knowing Bickert’s love of the genre I was completely confident that this would be a completely insane film.

Amazon Hot Box follows “Penny”, played by Kelsey Carlisle, as she finds herself imprisoned on the island of “Rattica”. Once processed she’s introduced to her captor and wardress, “Inga Von Krupp” played perfectly sadistic by Ellie Church. It is Church’s portrayal of “Von Krupp” that gives us our nod to films like, Ilsa – She Wolf of the SS, the quintessential example of the Nazisploitation femme fatale. “Von Krupp’s” enforcer among the prisoners is the cruel and twisted “Val”, played with deliciously sensuous insanity by Tristan Risk, as she trades violence and complicity for “Von Krupp’s” favor and cigarettes. “Penny” is quickly tortured by her fellow inmates at the behest of “Val” and “Von Krupp”, with a particularly disgusting display coming from “Val” herself, from essentially her first moment to her last. In fact, the whole movie plays with the idea of torture for each of the characters, almost no one is spared from some form of torture or another, and this culminates in incredibly bloody fashion with “Von Krupp” and her “Ultimate Torture Machine”. There are spies, 28 Days Later style “zombies”, gunfights, snakes, a bottomless pit, explosions, helicopters, absolute depravity, and much much more. Throughout the several plot threads, all of which manage to see complete resolution and work fluidly within each other, we see the destruction of each character’s understood role within this twisted prison community. This is very much a sendup to the classic women’s prison Exploitation films, albeit with some added insanity that would have been lacking forty to fifty years ago, but there is just as much blood and devious behavior as you would expect. 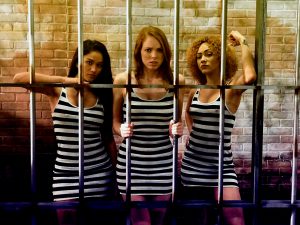 And now, once again, it is time to take a look at the technical aspects of this film. In my opinion, there really isn’t much of anything to be critical of in this film. The set design, in particular, is fantastic. Part of me wants to write a women’s prison film, just to be able to use this location. Everything from the beaches to the cells gives the feel of a decrepit banana republic, overrun by drug cartels and revolutionaries. I often talk about the locations and settings of films becoming a character themselves and this film is a perfect example. The beaches feel sprawling and the cells feel claustrophobic. This is a detail that is often overlooked and I am happy to say that Bickert has done an excellent job of giving it the right attention. The makeup and practical effects all look great. As always, I’m a huge believer in practical effects and I genuinely love seeing them onscreen. Amazon Hot Box definitely puts forth some excellent makeup and FX work with particular attention to their biggest and darkest death scenes. The goriest FX work comes during “Ebony’s” (Kris Donta) turn in “Von Krupp’s” torture machine. The blood and gore look absolutely phenomenal and are, quite literally, dripping from the walls in abundance. I will say, there are some scenes of fight choreography that are a little corny but, if anything, this just adds to the fun and madness of the film. The over the top fight sequences, coupled with the blood and bits of gore that punctuate the choreography, serve to add that extra flair. Now, as I’ve discussed many times before, the sound work on a film is incredibly important to separating a proper film from a glorified home movie. The most important issue that comes across right from the start is the incredibly different sound environments Amazon Hot Box was filmed in. The long bodies of water and beaches aren’t overrun by background tones, while the oppressive confines of the concrete cells don’t echo with the hollow sounds bouncing off the walls. As much as I love all of these details, the most important of the technical aspects of any film is the attention paid to the cinematography. This film looks beautiful. Don’t get me wrong, it doesn’t have the same feel as Bickert’s last film, Frankenstein Created Bikers, which was shot on 35mm film to capture that truly classic Exploitation look, but it still looks stunning and does an excellent job of capturing the feel of the 70’s films it pays homage to.

It should be fairly clear that I love this film. It takes pieces of different sub-genres of Exploitation films and weaves them together into a truly insane and depraved work of art. Whether you like the classic women’s prison films, Nazisploitation, a touch of zombies, or just explosions and degeneracy, there is something here for every type of Exploitation fan. As I said earlier, I knew going in that I would be a fan of this film. James Bickert’s work shows true love to the Exploitation genre and everything it includes. I’ve been a fan of Tristan Risk and Ellie Church’s for several years now and knew their performances would be off the wall deliciousness. For those reasons alone I was incredibly excited for this release. As an added bonus, this film has made me a fan of Kelsey Carlisle and I’m now really looking forward to where her work will take her. All in all, this is an awesome film that has proven to be a strong addition to the Exploitation genre and proven that James Bickert is absolutely the undisputed king of the contemporary Exploitation scene. Also, it is just so deliciously depraved.

An American college student named Penny is apprehended during a  round-up of rebels in the banana republic of Rattica. She is incarcerated into the island penal system overseen by Wardress Von Krupp who is constructing the world’s greatest information extractor. Crocodiles, religious zealots, psycho inmates, a female hit squad and voodoo-based experiments block her every escape. Life is cheap and the jungle explodes in Amazon Hot Box.