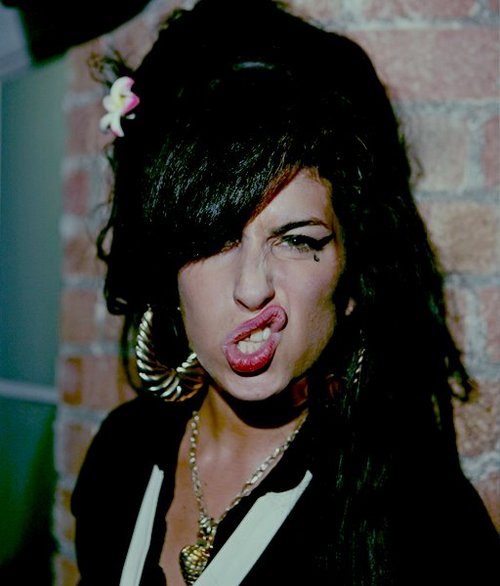 According to the British Press (no doubt they figured it out by hacking cell phones) Drug Addict who used to sing Amy Winehouse was found dead in London.  Now, more than 80 kids got shot in Norway and I would trade any one of them for five Amy Winehouses.  And you know what makes me the most mad?  People who have sympathy for her.  “It’s a disease…you don’t understand…”

Fuck you.  I do, too, understand.  I know it is a disease THAT THERE IS A FUCKING CURE FOR!  I’ve have lost people I care about to drugs.  I’ve also lost people I care about to cancer.  And I can pretty much tell you that if I said to the people with cancer. “Oh, there’s your problem…stop doing this thing that makes you feel really good and the cancer will go away and you won’t die,” they would stop doing that thing.  You know who they don’t have on that show, Intervention?  People with AIDS.  Or people with MS.  Because people talking to you is not part of the cure for those diseases.  One person told me once that if I “got” what it was like to dry out, then I would not be so flippant about it.  How much it hurts.  Poor baby.  You know what else hurts?  Chemo.  And you know what chemo isn’t?  An absolute cure.

So – if you are going to do anything today, think about how funny it is that there were all these people around Amy Winehouse letting her do this to herself because she had money.  Then think about a bunch of kids at summer camp in Norway who got shot.  If a bunch of people needed to die today, wouldn’t it have been better if the Norway guy had shot Amy Winehouse and all her fucked up drug buddies?

If you are a junkie, I hope you get help.  Because help exists.  If you have something that there is no cure for, take a few minutes to spit on a junkie, and ask them if they want to trade diseases with you.