Angels and Demons – a review 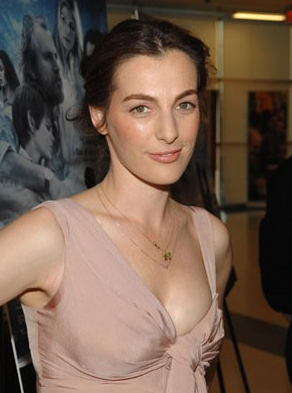 Ayelet Zurer - heroine of the movie. She sort of looks like a really hot dude.

No shit – I really did go see it.  And since I am awesome at everything, movie reviewing should be a snap.  So here we go!  Oh – and no spoilers in my reviews, what if you want to go see it?  I don’t ruin things.  I’m a good guy.

The movie is based on the book of the same name by Dan Brown.  He wrote the DaVinci code and is an expert of taking a few true things, mixing them up with a bunch of fake things, and then putting them all together in a sort of printed crack.  Or I guess coke is a better analogy.  Like, you might not go out of your way to find a Dan Brown book.  But if you read one page, you are not gonna stop until the whole goddamn thing is gone.

The movie, on the other hand, can’t be bothered with picking every little detail out.  So if you are looking for a faithful re-enactment of the book on screen, you are gonna have to settle for Ron Howard’s hot gist.  He changes some stuff around, does the kinds of things that people other than Peter Jackson have to do when they moke books into movies, and comes out with a nice little chaser of a movie.

See, on one side you have the Catholic Church in all its mysterious glory.  And on the other side, you have science, which doesn’t even get a capital letter, but DOES have atom bombs and vaccines. So it’s a pretty good fight.  And, since it’s Dan Brown, you get to learn a lot about European architecture and such.  It’s like National Treasure but with stuff that’s a lot older and 100% less Nic Cage.  Instead we get Tom Hanks and ‘symbologist’ Robert Langdon, who uses his expertise in reading gibberish to solve ancient clues to bring people to a non revelation.

And in this installment we get to drag out the symbol on the back of the one dollar bill (not the eagle, you dopes, the other ones) the masons, the Illuminati, no Adam Weisshaupt, no submarines and not one mention of Hagbard Celine.  But we do get Gallileo, Bernini, and lots of inside info on the Vatican.  So it is sort of a good trade, but I think that the main problem is that Ron Howard listened to everyone bitching about the DaVinci Code too much.  They said there was too much talking in that one.  So in this one, they still talk, but they run and drive around at the same time, and it is harder to absorb all the Roman awesomeness.

And since I need to invent a rating system like, now, I am going to use this.

Angels and Demons is a $5.00 movie.  You don’t need to run and see it now – but once it goes cheap – it would be worth it to see it on the big screen.