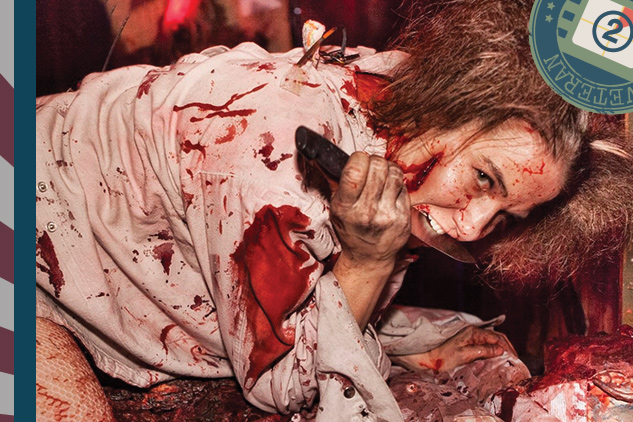 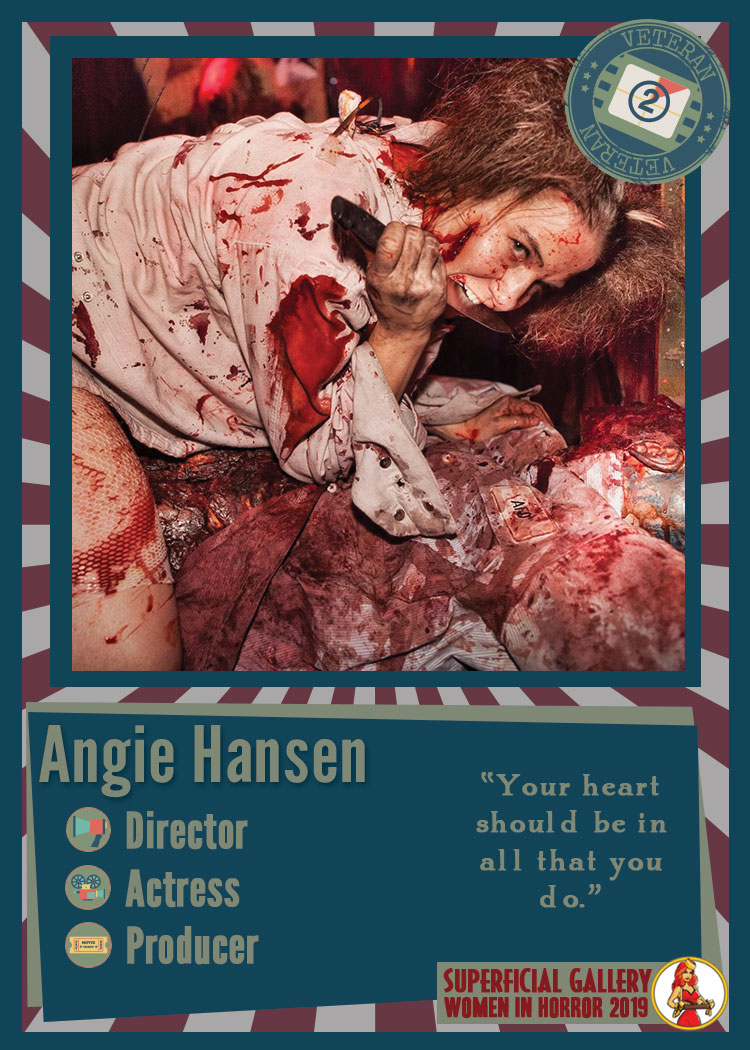 Our Conversation with Angie Hansen

Angie is a Director, Actress, and Producer and is a veteran this year!

This is a hard one. I think it would have to be becoming Director/Manager of Blood Manor in NYC.

My absolute favorite film would have to be “The Shining”. Though I have seen some amazing indie films on the festival circuit too! The location is absolutely perfect and the acting is stellar. Also I like films that are close to real life and this one is particularly scary because it mirrors what really happens behind closed doors.

My hero is Robert Rodriguez. He literally started from nothing and now has his own studio, television network, and has written a book…and is helping aspiring filmmakers come into their own. To me, a hero is one that takes what they have learned and their own success and helps other people achieve the same.

Work! Work hard! Do one thing every day that gets you closer to your goals. Talk to people in the industry and help them succeed. We are all in this together. It’s not a competition. It’s a community.

Positivity is the key to success. Your heart should be in all that you do. Find one thing you love to do and give it 110%. Find the people that you need to surround yourself with to get there and you will get there. Always give it your all and you will succeed.

I co-wrote and directed the first fully immersive haunt show at Blood Manor during the Christmas season. Not only was Krampus the central character, but it also focused on all of the other Christmas monsters. Scaring was still in the forefront, but I showcased the acting skills of some truly amazing performers as well!

I have two upcoming films with MassGrave Pictures that will be hitting the festival circuit soon: “Matryoshka” directed by Manny Serrano that I acted in and “Miss Understood Monster” by Lindsay Serrano that I assistant directed. In the final stages of post-production with Reel Prophecy Pictures, is “Rat-a-Tat” by Becca Martin that I produced and co-star in. I am also working on writing my first feature film that will be shot on location in New Hampshire next year! And of course, I have several shows that are coming up at Blood Manor in the very near future.