If You Aren't Doing Anything Wrong, You Have Nothing to Worry About 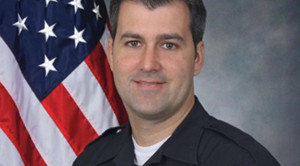 If You Aren’t Doing Anything Wrong, You Have Nothing to Worry About

I really hate when people say that.  It makes pretend that the cops are a big benevolent force that are there to protect and to serve which lots of them aren’t.  Now before I go any further, let me do the obligatory disclaimer on this.  I grew up with cops.  I know cops.  I am close to cops.  And I know that the plural of anecdote is not data so trying to say that this latest incident is proof of anything larger would be incorrect.  And I know that one of the scariest things imaginable is a traffic stop when you are a cop going up next to a car that could contain literally anything.  And I know that MOST cops are like we hope they are: good, honorable and brave.  But I also know that if podunk cops in Maine know enough to have a drop piece then it might be safe to assume that cops in other places, big and small, know the same thing.

And this video of the poor bastard in South Carolina getting murdered while he runs away pretty much has everything that should terrify America about the cops (amplify the terror by about a million if you are black).

Now, let me explain to you what was explained to me by the Chief of Police of a smallish town in Connecticut.  There was no malice in his voice and he explained it like he was explaining how to cook an omelet.  I am of course paraphrasing because it was a really long time ago.

You have to have something with no serial number on it.  You have to.  Sometimes things go wrong and if the other guy “had a gun” then the shoot was not going to be investigated like one where the guy didn’t.  Knives can work but a gun is best.  And it is only in case things got way out of hand.

That whole thing sounds very convenient to my story, but I swear that is the gist of it.  News people like to talk about the “thin blue line” but in reality, the odds of everyone from a ghetto rising up and attacking some sub-division are very low.  As in zero, the line doesn’t really protect us because how could it?  Unless you are black, you can’t get arrested for a crime you didn’t commit yet, so the cops are sort of forced to wait until AFTER the crime, which pretty much takes away the protect part.  Now, the cops DO have to deal with domestic disputes (a special kind of Hell) and they protect people in those situations and they do all sorts of other important things and they have to bust poor people because why wouldn’t you want to arrest people who can’t afford good lawyers so your numbers look good?

I swear I have a point but can I just point out that sometimes I want to punch Rudy Giuliani in his idiot face?  He actually said the following things (look it up on your own, I am too lazy to make things up).

There are more, but think about how dumb this is.  If you look at the jails they are filled with minorities.  Why?  Because that’s who the cops pull over.  How many white kids could the cops get if they threw up a road block on the way to Lollapalooza (is that still a thing)?  A ton, but they don’t.  They just don’t.  And even in places like Maine where they are like seven black people the cops only arrest the poor.  Again, because the poor are easier to catch and they don’t have good lawyers and there just isn’t that much fight in them.  Don’t believe me?

Let’s pretend that instead of crime, the cops were in charge of finding change in couch cushions.  They don’t need warrants; they can just show up at someone’s house and say: couch check!  and start looking.  BUT!  for every 10 houses they go to, 7 of them are in houses where black people live.  After a while, don’t you think that people are just going to assume that “70% of all change is being hoarded in the couches of black people”?

Where you look matters.  That’s a big reason why Giuliani is an idiot.  But this is not a column about race.  It is a column about cops.  Or, more specifically, the non-brave cops.

The cop who told me the story about the drop piece because he said sometimes it is easier if the other guy HAD A GUN.  HAD.  A.  GUN.  But in all the cases above (except Garner who was accosted by the cops for selling loosey cigarettes (remember the change in the couch story, gotta stop that crime that only blacks commit) the officers “feared for their lives”.

See, the threshold was, according to the unscientific research I did above by remembering what my friend’s father told me, that the suspect had a gun and thus might shoot you.  Doesn’t say anything about being afraid.  If a cop isn’t afraid all the time they aren’t doing it right and THAT is the part of this that has finally clicked with me.

So, what have I concluded?  Well, the cops arrest minorities because it is easier.  But millenial cops KILL people because they are pussies and I am not sure that the cops have an “are you a pussy” test.  This thing in South Carolina.  Watch the video.  And let’s pretend that the guy was trying to take the cop’s Taser.  He didn’t get it, but he did take off running.  Now, forget things like “shoot him in the leg” because it is hard enough to hit a person when you are aiming at the middle of them.  Annie Oakley can shoot people in the leg, not cops.

But since the guy DIDN’T get the Taser, meaning that he couldn’t: Tase the cop then take the cop’s gun and shoot him or teabag him or whatever he wanted to do he decided to beat feet out of there.  So then, our super brave milleneal decides to shoot him.  He doesn’t just let him run off with no Taser and no Mercedes.  He doesn’t call more cops.  He just is so scared and mad and flustered that he plugs the dude in the back.  How DARE that guy make him AFRAID.

I am scared that there is now a generation of cops who don’t know that brave means “being afraid and still doing the right thing”, not “being afraid and shooting whoever is making you afraid”.  That’s not what real cops are.  Real older cops might be racist and crooked (some of them) but they weren’t chickens and they knew that if you wanted anyone to believe you were actually scared, you needed to produce a gun so people would believe you were actually afraid.

Not anymore.  Now you just have to scare the cop.  And apparently millenial cops spook real easy.  I could be completely wrong, but something tells me I’m not.  And to be honest I don’t know what to root for?  That older more experienced cops just blast away if they get scared?  Maybe I should hope that I don’t get into a situation where I make a cop afraid because that seems to be the get out of jail free card for them.  Look at the video again, you think that if it wasn’t taped that anyone would have doubted that the cop “feared for his life”?  I don’t.  It’s too common now and we are super willing to believe that these people who are supposed to be braver than the rest of us are scared a lot and don’t have to show any restraint if they are.  And it is not a good direction for us to go in.  I don’t know how to prove someone was or wasn’t afraid and I am not sure that should be the way we measure stuff.  I don’t want Officer Fraidy Cat to be able to get off the hook because he or she was scared.  Am I making a sweeping generalization?  Yes I am.  And it is wrong to do that.  But since we don’t get any statistics from police about who they shoot or why, it is all I have.