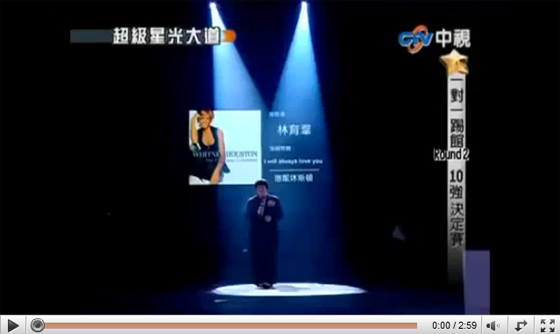 Taking a cue from Susan Boyle (did I ever use the ‘I bet her sister’s name is Lance, joke?) this chubby kid sings the shit out of The Dolly Parton song made famous by a pre-crack Whitney Houston.  It’s for some contest show and it truly is remarkable.  This kid is going to be set until his nuts drop.

Now, I was going to try to get all fancy and make some cool picture mixing all of them up and throwing in Raiden from Mortal Kombat cause I thought that would be cool.  But I bore easily.  I actually watched most of an episode of Arrested Development Season Two between those two sentences.  Fuck that show is funny.

What was I talking about?  Oh, fat people singing.  See, the most famous fat singers are amateurs who get famous after they get to sing in front of a bunch of people.  Unless you are Mama Cass or the dude from Blues Traveler, nobody wants to find out if you can sing unless you’re skinny.

Think about it.  You just opened a bar or nightclub.  One that you want people who can stay up past 10PM to go to.  Do you give Fatty McButterlips who can sing really well a chance or hire some hot looking people who can sort of sing but customers will think they can nail as the singers get sweatier and the customers get drunker?