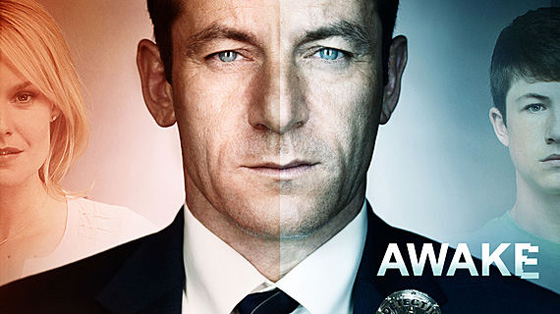 NBC has the best pilot I have seen since Lost, maybe even better. Not even five minutes in and I knew I was hooked thanks, in no small part, to the excellent Jason Isaacs (Harry Potter films). The story follows detective Michael Britten returning to work after a car accident. The twist here is that he spends his time between two realities: one in which his wife survived and another in which his son survived.

It has been a while since I fell in love with a show this fast. Well, The Walking Dead may be an exception. After the accident with his wife and son, detective Britten now lives two lives. While he is awake in one world it was his wife that survives the crash. Once he falls asleep in that world he awakes in another world in which it was his son that survived. He has to try and keep his family together, helping each mourn the loss of the other while trying to keep himself held together. In each world he sees a psychologist and each argue with him that the other world is a dream. This injects a little humor into the story as each doctor tries to tell him why the other is wrong.

While dealing with his personal issues he is also dealing with homicide investigations in both worlds. It appears as though the investigations may have a link to each other somehow. It will be interesting to see how this plays out during the season but, for me, the real drama is how detective Britten juggles living two lives and trying to keep his family together even though it has been torn apart.