Barbarann Garrard – Heating Up Your Kitchen 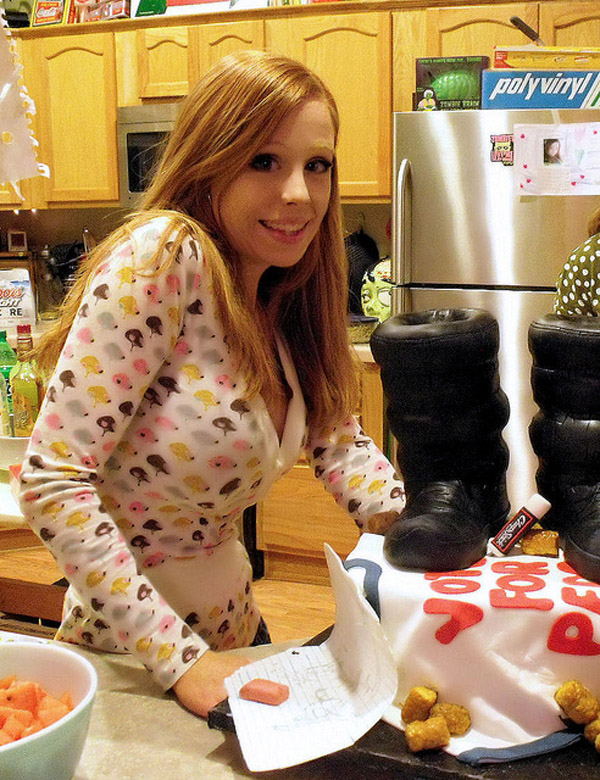 The world of competitive baking (or non competitive baking) does not have very many model quality citizens.  So stumbling across Barbarann Garrard on Halloween Wars last year on the Food Network definitely made the Gallery research team spring into action.  And since we are incompetent and lazy, here is the post.  In February!  And when you learn and see more about model/baker Barbarann you will see it was worth the wait (and the corny title).

If you aren’t familiar with Halloween Wars, it is a competition show on the Food Network where they make teams of bakers and candy makers and one other thing (what do you want from me? It was last October!) make big scary scenes out of cake and pie and pumpkins.  Apart from the actual cooking, Barbarann was notable for two things in the show.  The first was her teammate hating on her and the second was the fact that she made the goobery orange aprons they all had to wear look good.

So as we researched her we found out that she was on our mortal enemy site The Ch*** a couple years ago.  Don’t bother looking over there for her, though.  We took all their pics and put them in the gallery here.  Then we realized she was living a double life:  baker and model!  So since baker and model is way better than monster and model or baker and juggler we think Barbarann is our “person of interest”.  We even considered asking her for an interview but I thought that would seem too creepy.  So instead we made an elaborate post and gallery and hope she notices.  That’s wayyyyy less creepy.

But for reals I bet she would do an interview.  I need to hurry though before she gets really famous. Maybe if I put the links to all her stuff it will lure her.  That’s worked exactly never before, so it is worth a shot.

You know – for someone who is a baker with a business and is also a model, you would think she would have her own site. *holds hand like a phone* call me.