Barbarann Garrard Update: She's in a Magazine. We are not. 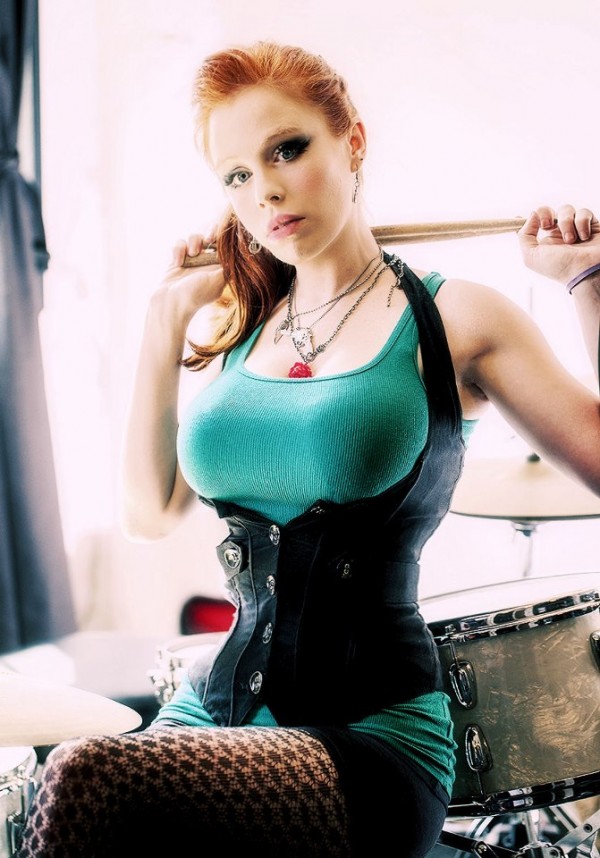 When we last left our official fancy cake maker Barbarann Garrard she had just completed an interview with us and probably printed it and hung it on her fridge.  At least that’s what I tell people.  But she has turned the tables now and is interviewing people herself as part of her job as the music editor for Scream Sirens Magazine.

She interviewed the Butcher Babies, does some reviews and handles the entire section of the magazine herself.  Had I known she could write I would have offered her a job here.  We don’t even have a music section so she could have been vice-president of music.  No money, of course, but I do have some stickers and several coupons for Boston Market and CVS.

What I don’t have is a way to get some of her kick-ass cakes into the site somehow.  Check out the one after the jump.  It is outstanding.

Soul Eater Cake – based on the anime cartoon by Barbarann Garrard

I wish we had a cake.  Perhaps next year at the Mad Monster Party (which is also the official Gallery Sales Meeting) we should have a cake from Barbarann’s joint Cake Rhapsody.  Hell, maybe we should have a booth and let Barbarann come out and mooch off of it.  If we had a booth it would probably be a good idea to have something to sell.  I don’t think those stickers will still be around.

So, to recap, we remain your number one source for Barbarann Garrard news (unless you count her Facebook page which fine, whatever) and she is now a writer AND a model AND a cake maker.  So since she adds a talent each time we talk to her, maybe we should guess what the next one will be.  I think it’s a choice between race car driver and lumberjack.  Let’s start betting, folks!