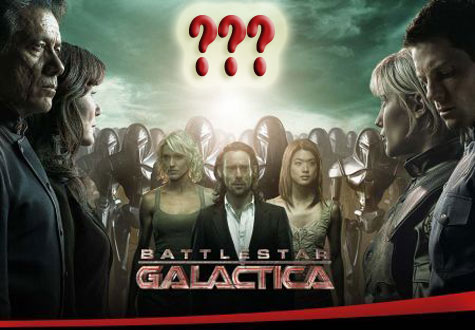 So this past Friday was the finale of Battlestar Galactica.  I spent the whole night worrying that some fool on Twitter was gonna wreck it for me.  But then I watched it and while I get the fact that they hit pretty much everything they needed to hit and wrapped it up pretty nicely, I do still have some questions.  Also, if you haven’t figured out by now that this article may contain spoilers, you deserve to get it spoiled.

And why am I publishing this on Tuesday?  Because I wanted to be able to digest the thing properly and also to avoid the whole spoiler thing.  So here are my questions. Someone answer them!