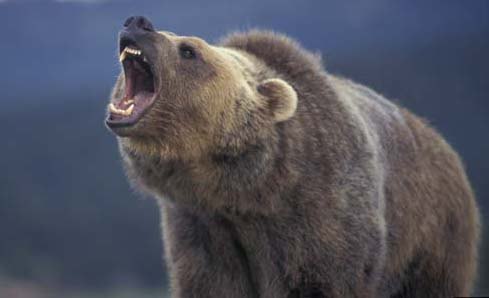 VERNON, N.J. — – A northwestern New Jersey man says he was mugged in his driveway by a sandwich-craving bear.

Henry Rouwendal says he was packing his car last Friday when he was hit from behind and knocked to the ground. He says the culprit was a black bear who took his Italian sandwich.

Rouwendal says he kicked the bear in the snout and throat.

Here’s something I would not do: kick the bear that just jacked me of my sandwich. It’s not the hugest list in the world, because, really, I don’t have sandwiches stolen from me all that often, but a black bear makes the cut. You want that sandwich man? Yeah, sure, you know, next time hit me up when I’m in the kitchen, I’ll put a little extra salami on there.

Best part? Bear knocked the lettuce, tomato, and onions off of the sandwich before eating the damn thing.