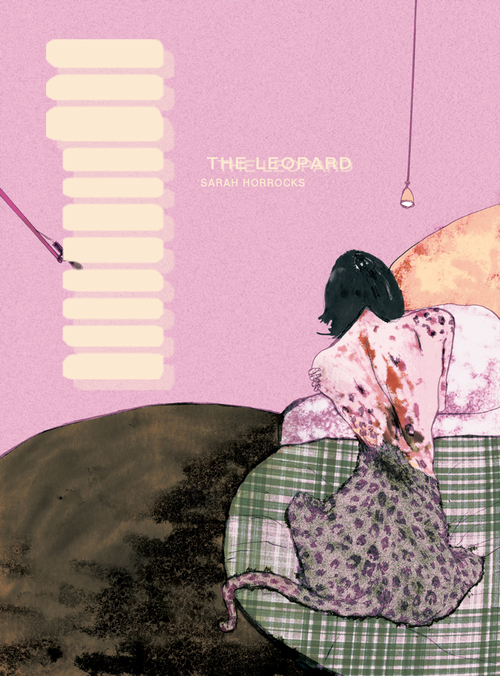 I’m super excited to post this interview with Sarah Horrocks, a very talented writer and artist who we found in the sometimes terrible but sometimes wonderful world of Twitter. She was kind enough to take a lot of time answering a bunch of questions about her art, life, and interests, and she’s for real wicked talented, so please read this and then go look at and buy all her stuff and tell the whole internet about her! Thanks, friends.

Your comic art is frankly, amazing. Have you always been artistic? Do you have any other types of art that you enjoy as much (i.e. photography, lithography, sculpting, jewelry-making – anything), or have you always concentrated on drawing/painting?

Not at all. I’ve always been a writer. Like I remember when my parents got a computer when I was really young and it had a word processor on it, and I was a huge reader as a kid (and now) and so I thought it was complete magic that I could write something and print it out, and to me it was the same thing what I was getting out of the library.

I used to write little books all the time growing up, which were just like…the things that I liked from other books, but written the way I wished they had been written. And that was something I’ve had with me my whole life. I love writing more than anything. So I never really had much of an interest in being able to draw. I know in High School I decided I wanted to write comics, but I had no artistic ability, so I never considered even trying to draw them. Of course when you want to make comics and have no interest in making the images yourself, you find yourself in the spot where you are writing all of these scripts and you can’t get anyone to draw them, or you get someone, but since you’re not paying, it’s them working on your passion project, and it just never gets done.

So like… 2006 I think… I had had a really bad time of it in Rhode Island, I had had some really brutal suicide attempts there, and was just in a really bad place, and ended up having to come back to my Missouri, and at that point I was like so rock bottom that I couldn’t wait on anything anymore, and so I was like “f*** it, I’ll make these comics myself”. And since I couldn’t draw, I made them by cutting up images in a bootleg Photoshop, and sewing them back together into the comics I wanted to make. I worked in that style for like… 3 years I think before I got to a story where I was like “Ugh. I really just need to learn how to draw to make this.”

I had a job working late night at a hotel, which is usually boring and only sometimes scary, but that job gave me about 4 hours at least, per night, where I could just draw, and then I would go home and do 4 hours on top of that. And so I just taught myself to draw. I kind of knew in my head what I wanted to draw like, so I just found artists who drew something or used a technique I wanted or needed for my style – just got their art on the internet, or in a book, and just sat down every day and night and tried to redraw it. I was also really fortunate that the person I was dating at the time, who would become my wife, and then ex-wife – was very encouraging and always believed in my ability even from the very start. I used to spend the last hour at work every day drawing her these love notes, and I did that like… daily for two years, like a kid showing art to a proud parent or something.

I mostly mention this because there’s that Gertrude Stein line, “You are you because your little dog knows you”, and no matter what level of artist you are at, having a single person that acknowledges your work as an artist, I’m not saying like a fan, I’m saying like someone who when you draw it you think “oh wait till they see this” and even if they’re not even a real person – that kind of thing can keep you crazy obsessed about growing as an artist. Like that plus the desire to crush all of your enemies. [Dear Sarah: I really like crushing enemies too.] 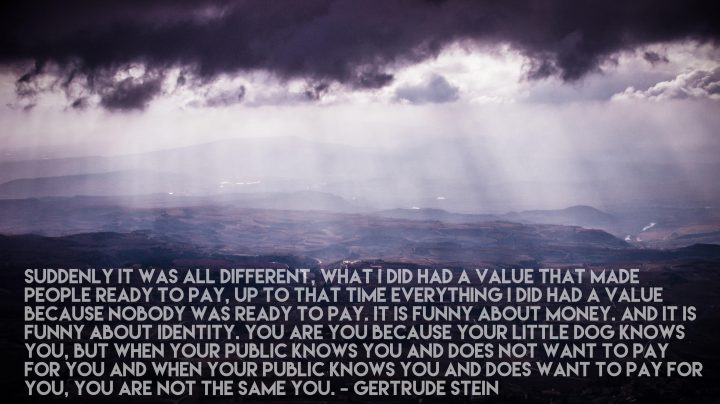 As for your second question, about whether I make anything else. Nope just comics. I know a lot of people in comics just want to make them because they want to make movies or TV and are too s*** to actually do them, but for me all I care about is making comics. I actually work a day job that is kinda meh most days, just so I can afford to do what I want with comics, and not have to try and fit into a mold that can be processed for like DC or Marvel or whatever. All I think about is making comics, pretty much all day every day. I mean I taught myself to draw to make them specifically, for petesakes. For me there is no medium like it. And the control I have over everything is beyond even what the most made Hollywood director would ever even have. So yeah. I don’t really make anything else. I do a podcast with my friend Katie Skelly who also makes rad comics, but that’s about it, and that’s often about comics, or about movies which inspire us both to make the sort of comics we make. 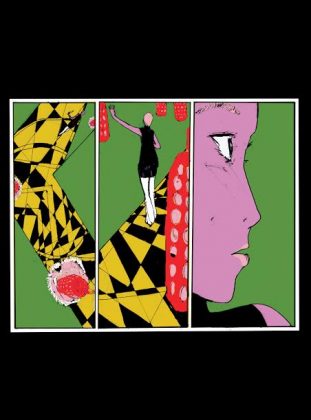 Did you go to school for art at all? I have always believed that if you are to be a successful artist you need to have some innate talent and ability, that studying can help expand your ideas and creativity, but it’s certainly not required. What do you think?

I didn’t. I did go to college. I graduated from Tulane University with honors, but my major was in English with a minor in history. So I more probably went to school for thinking and writing. Though I would say that I applied most of the techniques I used to learn to be a better writer, to learn how to be an artist. Which is just basically you’re only as good as your eye. So read read, read, read, read.

To me, drawing almost became a critical process for learning how to see. It also really increases photo-memory, so it’s worth learning. But yeah. I have no innate talent for drawing. Everything I have done was earned through hours and hours and hours of f***ing up. That’s still true today. I have a gap month between when I’m drawing the next Leopard, and I’m spending the whole month with Jose Munoz and Alberto Breccia comics. Just redrawing my favorite panels and pages, trying to tighten my eye, and figure out how to get my current style to evolve to where it needs to be for the book after The Leopard.

For me college was really good in terms of giving me the space to learn how to think. Like develop meta-cognitive skills that I could use for the rest of my life. But I was also really fortunate that I was on academic scholarship for it, so I didn’t graduate with any debt either. I think these days you have to be really careful about that kind of thing. Because particularly if you want to make comics, there’s not a ton of money in it at most levels, and if you end up in a lot of student loan debt with skills that only apply to this low-paying field, you really are f***ing yourself for most of your life, and you force this stress in which requires you to buy into the system in a way that as an artist, you really can’t afford to.

So my advice is if you want to make comics, read, read read read read, and then actually make them. A lot of people need all of these allowances and excuses to make comics – if you want to make them, make them. Put them up on Tumblr, print them at Kinkos, draw them on a bathroom stall – just make them. That’s the only way to learn and get better, a steady program of reading and making. Which is mostly all school will really teach you. The only thing I would have used art school for is so I could learn to work with different mediums better. But you can learn anything from youtube these days. Plus, really, to make comics, all you need is something that makes marks, and something to make marks on. Or just images. Like I said before, I made my first comics by cutting up images from fashion magazines and movies.

I really like the episode we did on Female Vampire movies. But yeah. Trash Twins. Each episode is pretty great. I get to talk about stuff that I think is really interesting, with one of the smartest people on the planet, Katie Skelly. So I always learn something from doing our episodes. Just from getting thoughts out and evaluating other thoughts with someone who is like-minded, but also comes from a different background.

Katie comes from more of a fine art academic background, so there’s a fair amount of ideas that I haven’t really been exposed to that she brings to the show, and yeah. I usually just come away with a lot richer understanding of the things that we’re interested in. It’s just kind of this outgrowth of the friendship we have developed. I think we both push each other to be better artists. And the way the comics industry kind of is, it always helps to have a strong crew, and I would say I have that. People I can show work to, who show me what they are working on, and we just kind of can remind each other to stay dope, and keep pushing. So my sort of hodge-podge crew of people who do that for me is like Katie, Brandon Graham, Sloane Leong, Amy Clare, Sandra Lanz, Alison Sampson, Zak Smith, Morgan Jeske and many more – all of them draw a lot better than me too, so it keeps me balanced, which is good, because I already am extremely up my own a$$.

Part 2 coming soon but in the meantime, check out all of these links to Sarah’s cool stuff!