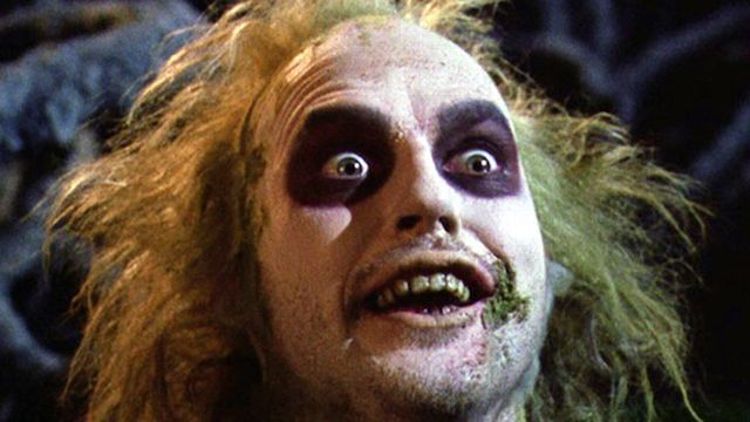 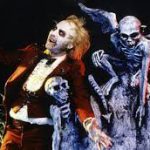 Tonight we’re celebrating the 30th anniversary of the ultimate quirky film, Beetlejuice. The film is directed by the one and only Tim Burton, who is also celebrating a milestone with his hit The Nightmare Before Christmas as well. Check out our review of this spectacular film here. Beetlejuice is a story about a particularly foul ghost who can help you get rid of any humans you dont’t want hanging around. All you have to do is say his name three times to get the party started!. Beetlejuice, Beetlejuice, Beetlejuice! 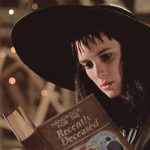 Set in a sleepy Connecticut town, Beetlejuice tells the story of two ghosts stuck in their house for over 100 years when their house is sold to a rather peculiar out of town couple and their teenage emo daughter. The couple attempt to scare them away to avoid any drastic changes to their home, only to strike up an unlikely friendship with the daughter, Lydia Deetz. Together, they try and scare Lydia’s dad and stepmom into moving back to New York. 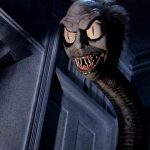 In conclusion, Beetlejuice is a family friendly film with an all-star cast and a talented director. The film is a cult favorite and  a staple in any true horror fan’s collection. Who can forget our favorite dead receptionist, Miss Argentina? Or the spectacular fashion featured throughout? So grab some popcorn and get the ready to conjure up Betlegeuse, the spooktacular ghost with the most. Because, what else are you going to do to kick off the Halloween season right?

Have you seen Beetlejuice and if so, what was your favorite part? Which character from the movie is your favorite? Be sure to  comment below and don’t forget to subscribe to Superficial Gallery for all your horror needs! Follow us on Twitter at @superficialgallery ,@mellsbells84, and @acadia for all of your superficial tweets.