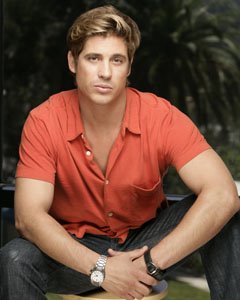 This season of Big Brother saw the first elimination when Braden went home. Which is disappointing because he was like a real life Johnny Utah. I was hoping his speech to stay in the house would have just been, I am an F….B….I….Agent.

So, the interesting thing here is that the athlete clique all wanted Braden out but, Braden’s team threw together an interesting attempt to keep him. They seemed to have picked up the votes, as they needed the other two Brain clique members, Ronnie and Michelle, to go with them, and bring on board the off-beat Casey. Casey appeared to be the swing vote after Michelle voted to keep Braden.

However, Ronnie had other ideas and voted Braden out, proving himself to be the swing vote. Ronnie then went on and won Head of Household.

He is playing like a Dr. Will on steroids type of game play and came out of the gates swinging. Telling just about everyone that he was on their side and then voting Braden out. Winning HOH was huge for him, as people seemed on to what he was doing and realized he was playing every side imaginable.

Overall, I have no clue who to root for in the game. Couldn’t stand Jessie last year, but am indifferent to him this year. Kevin is the only one on the show I really can’t stand and, aside from Laura’s breasts, I’m really only rooting for Casey. And, I’m not sure why, but he seems a decent dude.