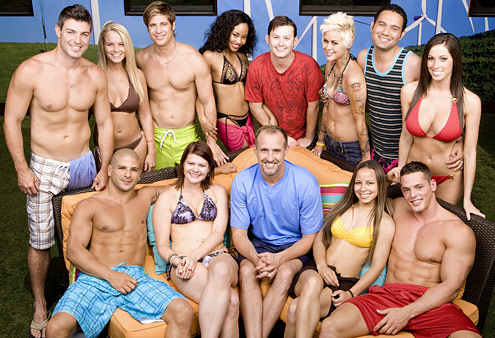 I wasn’t planning on writing about Big Brother tonight, but man, something about Ronnie’s speech to Michelle on his way out just brought some inspiration on me.

The amazingness of talking about how classy you are and then singling out one person who is doing the same shit as everyone else in the house is pretty much the pinnacle of gutlessness. Ronnie went out the door targeting Michelle, because had he targeted Russell or anyone else they would have thrown it back in his face. He went after Michelle because she would sit there and take it.

This dude might be the dumbest person I’ve ever had to sit and listen to while watching a reality TV show. And that is saying a ton. His strategy with Michelle boiled down to: try to manipulate her, when she doesn’t fall for it, berate her. Yeah, that’s really going to work out for ya, dude.

Fuck and Michelle is boring as hell. I didn’t give a damn about Michelle in that game and I still don’t, but really, you can’t ignore Ronnie bringing it strong on the cowardice front.