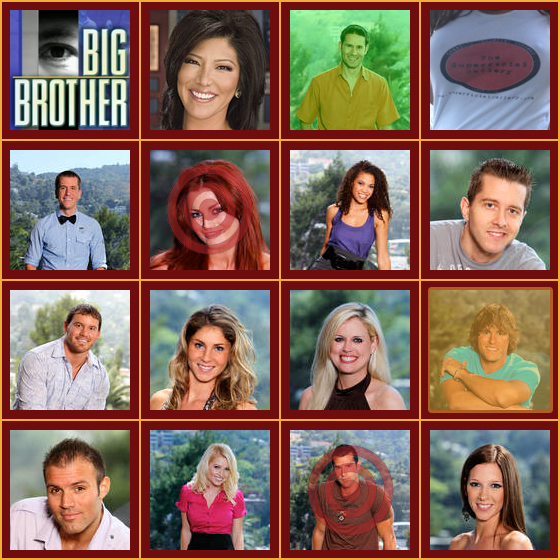 Just so we are clear, here is the key for the picture above.  HOH is gold.  Immune people are green (I doubt this will happen again so meh).  Targets are the nominees and I’ll do something else for Veto.  I dunno, maybe a boob.  Anyway, Show highlights after the jump, including Sabotage , caramel and a moron from New Jersey!  Screen shots, too.