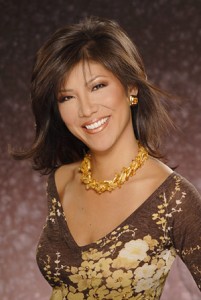 Man, so, apparently, this brains group on Big Brother 11 is not so much brainy as they are, well, just some nerds. They had a food/sleep competition last night and they got smoked by everyone else in building some damn pipeline. One of the brains was talking in the diary room about how they needed it to be linear and some bullshit, then was making it like a circle?

The inevitable breakup of the athletes clique is going to be a good time. Russell and Jessie are pretty much a perfect match for one another. Two dudes muscled up that think they are ridiculously smarter than they are. I’m not really trying to rip either of them, but, you don’t need to have an ego in the realm of smartness when you have an ego everywhere else. It backfired on Jessie last season and you can see it starting to take form already.

For instance, Russell saying he controlled Jessie’s nominations. Right. It’s the first nominations. The relevance to the actual game is very minimal. What, you want Lydia gone, man? Wow, that is sure going to shake the foundation of the game…all while tipping his hand to the rest of the folks in his group.

Enough of that, real quick, this Braden dude is awesome. Hope he gets time to speak about The Gods every week.