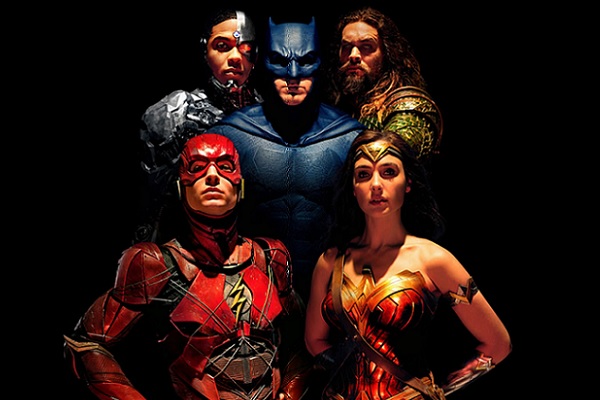 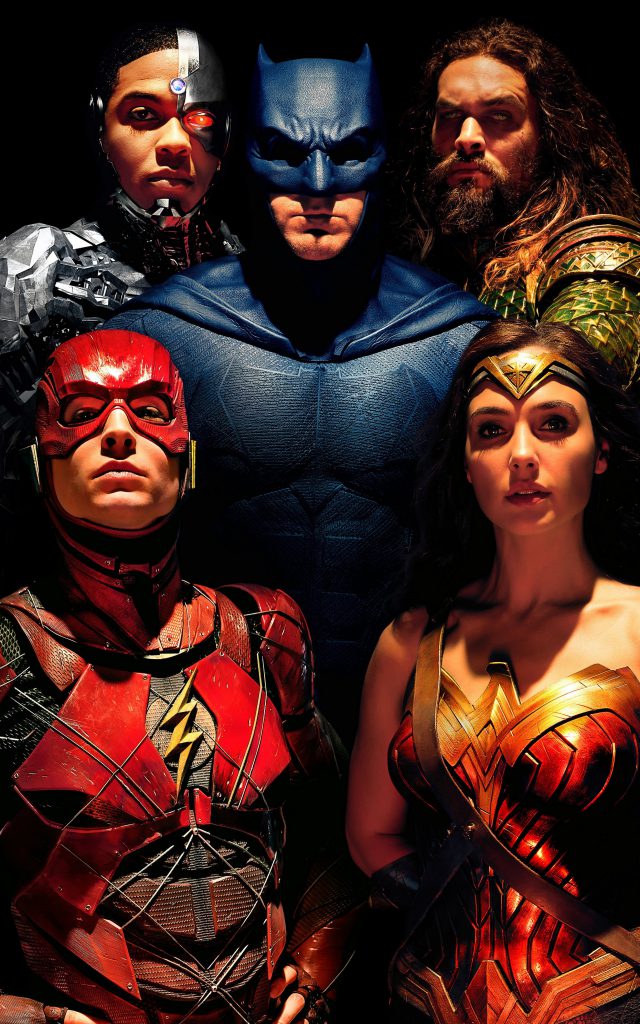 No spoilers in this review.  I am going to give my honest impressions and the main reason I think DC and Marvel are SO different in the way they execute as well as the expectations between the two.  Why?  Because it seems like it is impossible to have a DC movie without it being compared to Marvel.  Spoilers come later in another post.

OK so the million issues with the production of the movie, the terrible loss Zack Snyder was dealt, bringing on Joss Whedon, etc, is pretty well documented.  And the studio demanding that the movie be less that 2 hours is probably going to prove to be its ultimate undoing.  And if the reason I head for the move is true (they wanted to fit more screenings in) then they blew it even worse.  Giving more time to show us wtf Steppenwolf even wanted would have been a huge help, but I will get to him.

When you have big superhero team up stories, the villain cannot be some bank robbers.  It HAS to be someone trying to be king (or queen) of the earth (or Asgard) or wherever they are.  So the plot is what it is.  The heroes come together, then they fight a little bit amongst themselves, then they get back together, then they fight the big bad and win, and then we see something that makes us all excited about the next thing.  Eh.

Here is where I think they made a HUGE mistake.  And I think I can prove it.  People always complain about CGI monsters and deservedly so.  But, especially when dealing with the earth, we have to remember this is a COMIC BOOK MOVIE and again, nobody is going to be worried that the Beagle Boys found the….blarney stone and can use it to make counterfeit money.  So the villain in a team up movie needs to be formidable, which brings me to why Steppenwolf was not as good as he could have been:

Show the dude’s face.  Acting makes a villain, not how tall they are.  Let’s talk about good villains in the past:

Some of Steppenwolf’s lines were good.  Good enough that it makes me think that he had a bunch of other things to say that might have been cool if he had been able to say them.  But that would not fix the fact that HIS FACE COULD HAVE JUST BEEN HIS FACE!  Why did he have to be a gargoyle with his face the same color as his clothes?  Fear comes from the actor.  Peril comes from the actor.  If there is no acting behind the evil, it might as well be a meteor coming to destroy the earth.  Steppenwolf could have been better if his face was the actor’s face.

They showed everything in the trailers.  I mean, not all his lines, but all of his origin.  I think his jokes were good.  His movie could be pretty great.

His character will be very different in his solo movie. And that does not mean he is bad in this one.  He is what you would have expected from what they showed in the previews and you saw in the movie that he is going to progress.  “Yeyah!” might not catch on as a thing that people say but whatever.

Star.  Ray Fisher is a star and Cyborg is a star in this movie.  Full stop.

The complex relationship between Wonder Woman, Superman and Batman is explored a bit, specifically as it relates to the events of BvS – not too much else to say on this without spoiling.

Can’t complain about the set pieces in this movie.  In particular, one of the elements of one of the fights is the best thing I have seen in any comic book movie ever.  No debate.  Everyone got a chance to shine, which is usually how those things go.  I will say that Cyborg is a little too…Swiss Army Knife?  Like, I am not a fan of inventing an ability for whatever issue pops up.  They didn’t do it very much in this movie, but the way they explained things, the door is definitely open.

There were not as many as I thought there would be, but the ones they had were pretty great.  I wonder if Snyder had more in there that got cut out.  There are a lot of legitimate knocks against his style, but Easter Eggs is not really one of them.

Not all the jokes landed, and there were some things I would have done differently for sure, but I legitimately do not understand the level of hatred being aimed at the movie.  I get that opinions will differ and sometimes I hate movies that critics love, but here is the thing I don’t get with the reviews. Other than hating Steppenwolf, there is very little consensus about what makes it awful.  I have heard that every character was the best thing / worst thing about the movie.  I have heard that it copies Marvel too much / not enough.

I have wanted to see a Justice League movie for a long time, since before Super Friends had the Wonder Twins (Wendy and Marvin forever!) and I finally got to see it.  It was not everything I wanted but since I don’t know how to make movies I can’t really explain what I wanted.  I could do an “honest trailer” type deal where I point out all the problems but since you can do that for any movie what is the point?

I give it 4 out of 5.  If it was not the Justice League it would be 3, but I spotted it one.  And now that I rated it, I will explain why I think Marvel and DC are apples and oranges.

Marvel vs. DC is Apples vs. Oranges

If someone said to you: pick the comic book super hero image (not character) you think the most people across the world would recognize, I am willing to bet it would be this: 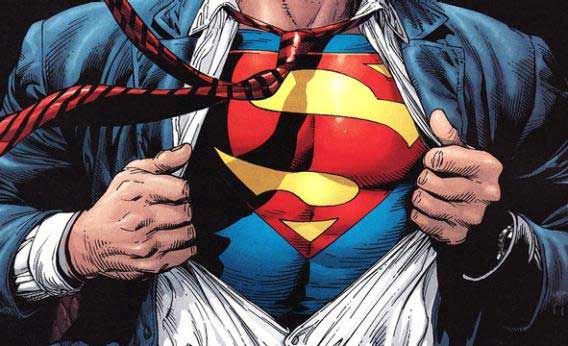 Now, you might argue a few other things (would actually love to see what you think in the comments) but to me, that would be the most recognizable thing.  And if you asked someone to name a super hero, they would say Superman, Batman or Spider-Man.  Again, that might not be what YOU say, but it would be what most people say, I think.

Why does that matter?  Because I think there are only five super heroes (and one villain) that transcend comics and are a real part of our culture.  They are (in reverse alpha order):

They all have their different reasons, but if you pick those characters apart, they are the most complex.  Tony Stark is not complex.  The Flash is not complex.  And if you mess with ANY of those heroes, you will get blow back (BvS anyone?).  They are built on a foundation of things we find familiar.  That’s why Batman and Superman killing in the Snyderverse was so weird.  That’s why Cap being in Hydra was so weird.  Those characters are not comic book heroes.  They are gods.

And because of their age, the DC trinity are the real old gods.  They have been around since before our parents were alive.  And since Americans have very short memories, that is eternity to us.  So yes, Marvel makes really good, fun movies.  They are not always great.  They do not get savaged the same way the DC movies do.  People do not get mad and say things like: character X would never do that!  Because for the most part, the gen pop doesn’t know what the hell Tony Stark would do because all they see is Robert Downey Junior in their heads when someone mentions Iron Man.

And that is EXACTLY what Disney wants.  They want to give the gen pop a story that you can (sort of) follow and make sure the movies are the next episode in a bigger event.  Thor: Ragnarok was AMAZING and if you think they would make a movie like that in DC with any characters other than Flash and Cyborg you are nuts.  The stakes are so high for DC most of the time they probably would not do it at all until MUCH later, like Marvel did.

The stakes are higher in DC.  They always have been.  That is not a knock against Marvel.  Their style has always been one rooted in “what if Reggie from the bowling alley had powers” which has its appeal.  But DC never really went in that direction.  DC characters (at least the trinity) start out at a place we cannot get to.  Maybe it isn’t fair since Marvel is younger for the most part, but DC seems like they are the better heroes so they SHOULD be judged more harshly.

Oh, and maybe there is one other god: 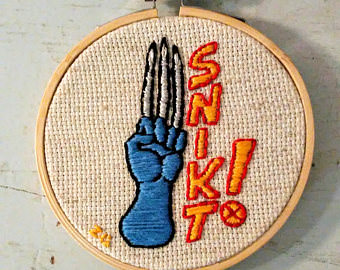