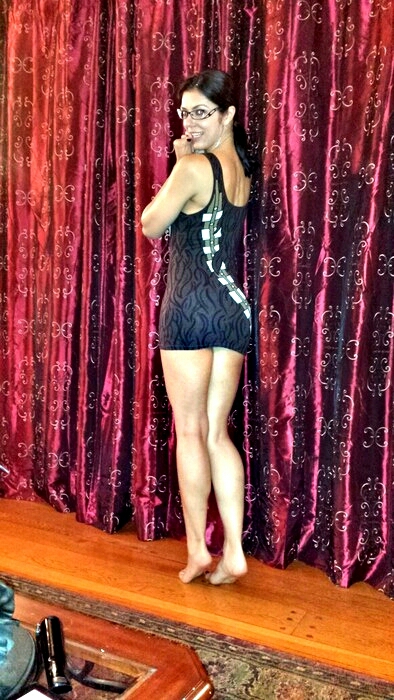 I’m sure most of you know who Adrianne Curry is. If not, allow me to introduce you. A self proclaimed “angst-ridden gamer child of the 90’s”, she was the first ever winner of America’s Next Top Model, was married to (and divorced) Peter Brady, posed for Playboy, and is the leader of a World of Warcraft guild. She also attends “cons” on the regular donning spectacular costumes (that also happen to be quite skimpy). She really gives her fans what they want, from her cosplay costumes, to her social network interaction, to allowing them in her WOW guild… she broadcasts, video chats, tweets, and is one of the most accessible and down to earth celebrities out there. This week, with Comic Con in full swing, I wanted to give you a sneak peek at her AWESOME Mortal Kombat costume plus a few shots of her costumes from previous cons. This girl is the real deal. Mileena wins!