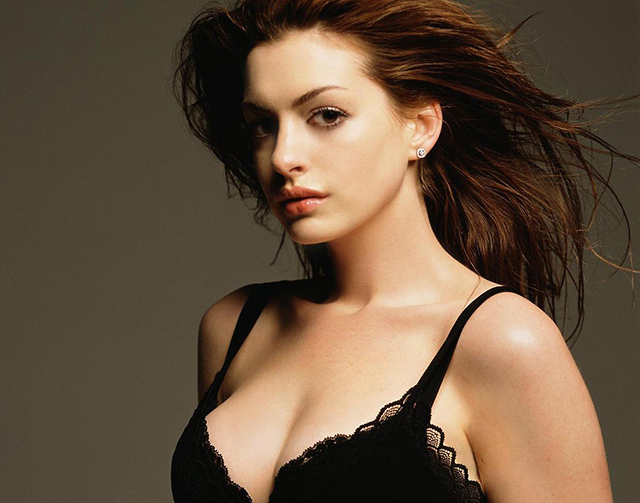 Anyone that watched the Oscars last Sunday could see that Anne Hathaway was the golden child of the evening. She showed up looking stunning (and baring a lot of skin) as a best supporting actress nominee in Les Miserables. If you’re not into musicals, or don’t know who she is, Ms. Hathaway was probably best known for her role in Get Smart and in Disney’s The Princess Diaries, as well as having a Julia Roberts smile and dating that Italian con artist guy (he gave her stolen jewelry!). I guess it all worked for her because her career absolutely took off afterwards. She’s been in more movies then I can list, had cameos on The Simpsons and Family Guy, hosted SNL, and been listed as one of People Magazine’s 50 Most Beautiful People. She’s also one of the rare Hollywood starlets that isn’t all fake hair and tan. I guess at one point she almost became a nun. She just seems like a classy lady. And as always, looks great in a bikini. I haven’t even seen her movies and I was rooting for her! Which totally paid off because she won. You’re welcome, Anne. I wonder if that con artist dude was watching. Is he in jail? I bet she was the high point of his “career.” But I digress. On to the (classy) pictures!