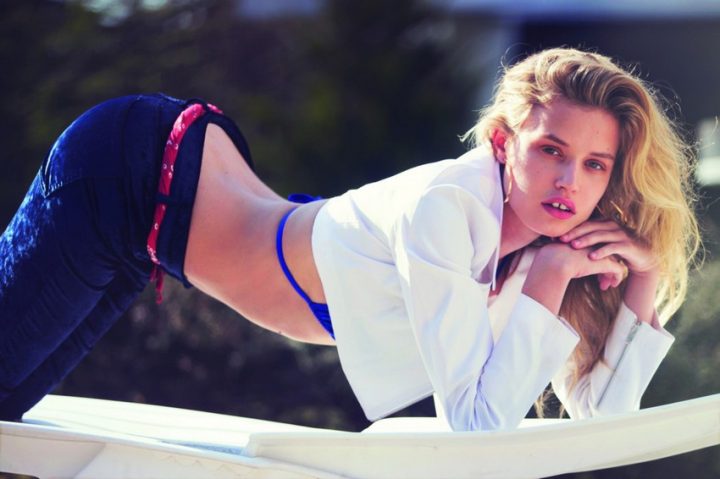 This week I chose Georgia May Jagger for no other reason than she’s the daughter of two beautiful celebrities that both possess a unique look and style. And I’m sure it wasn’t the first time that’s happened. Being the spawn of Mick Jagger and Jerry Hall has to come with some fringe benefits.  But she really is a beautiful girl in her own right.  There’s no denying that.  Standing at just 5’7″ she’s scored a ton of prime gigs.  She’s modeled and even walked the runway for all the big names.  And she looks as wonderful in a bikini as you’d expect a 22 year old with that much cash to look.  I’m definitely an admirer, but there’s something missing that I can’t quite put my finger on.  She’s interesting and attractive yet still somehow manages to be boring.  Am I wrong?  Am I being too harsh by putting her in the shadow of her beautiful parents?  Let me know below.  And until next week, keep it superficial.  It’s tradition.