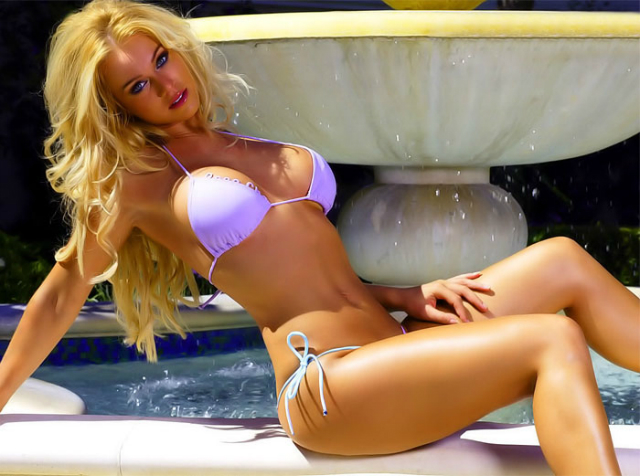 Katarina Van Derham has been the center of media attention all week after Life & Style claimed that her and Kanye West had gotten quite cozy at a BET afterparty while Kim Kardashian was nowhere in sight. She denies the allegations of course, but is more than happy to talk about it and seems to be soaking up the attention. Apparently she’s done a lot of modeling and is an accomplished makeup artist as well as the founder of Viva Glam, but I had no idea who she was before now. She sort of has a Pamela Anderson look to her, blond and busty with too much makeup and an air of desperation.  Side dish material for sure.  Now I’m not hating, I like it! I kind of want to take her home and make her shower.  What do you think?  Is she hotter than Kim?  Is Kanye an idiot for (allegedly) cheating?  Weigh in below!