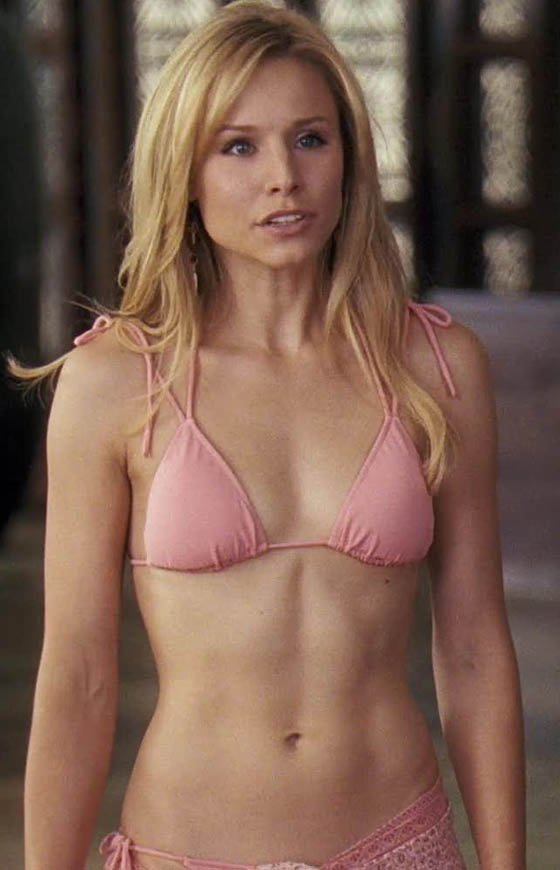 We may have done Bikini Sunday with Kristen Bell before.  I don’t care.  Just look at how cute she is.  Look how…Nordic her head looks.  Did you know that people used to call Norwegians “Square-Heads”?  That was racism against Norwegians.  Think about that.  White people used to be so racist that they even had a racist slur for the whitest people there are.  How incredibly racist.

Things aren’t like that anymore, though.  The Norwegians have overcome the racism they encountered and went on to become the bosses of Norway.  And perhaps Minnesota.  And they also spawned Kristen Bell.  And you can see her in a bikini in the 30 pics below.  Obviously, the pics were not taken in Norway, which I assume is always covered with snow.  They should move.  Stupid Square-Heads.