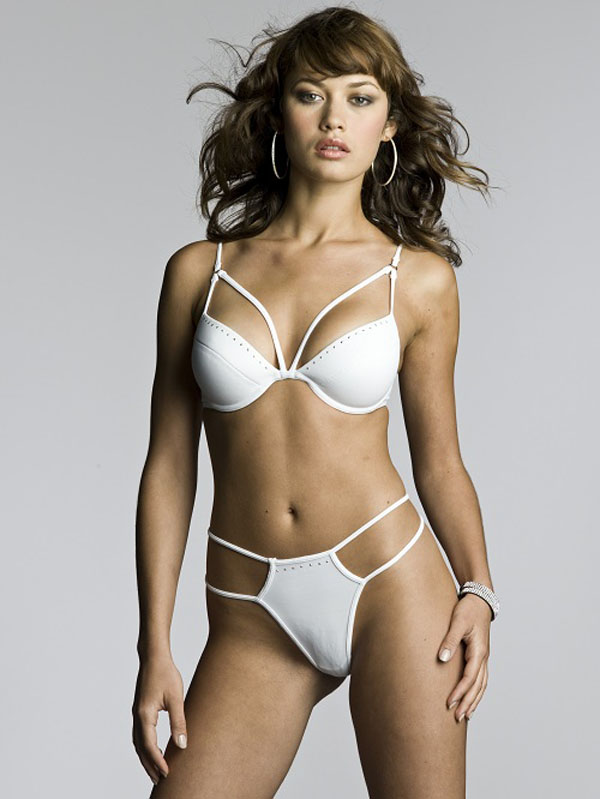 Here at the gallery we try to bring you hot chicks in bikinis from all over the globe. This week I present to you Miss Olga Kurylenko, Ukranian hottie, actress, model, writer, and Bond Girl. She has a true rags to riches story, she grew up in poverty sharing a cramped flat with extended family until she was discovered by a scout at the age of 13 during a trip to Moscow.  The scout had a good eye, because by 18 she was snagging magazine covers and became the face of Lejaby lingerie, Bebe clothing, and Clarins and Helena Rubinstein cosmetic companies.  She also appeared in movies, usually in roles that were quite sensual, leaving a trail of googleable nude images on the internet before becoming a Bond girl in Quantum of Solace (2008).  She must have some upcoming roles as well, because she’s been out in bikinis getting camera full time as of late.  And for that, we thank her.  So without further ado I bring you the goods.  See you all next week!