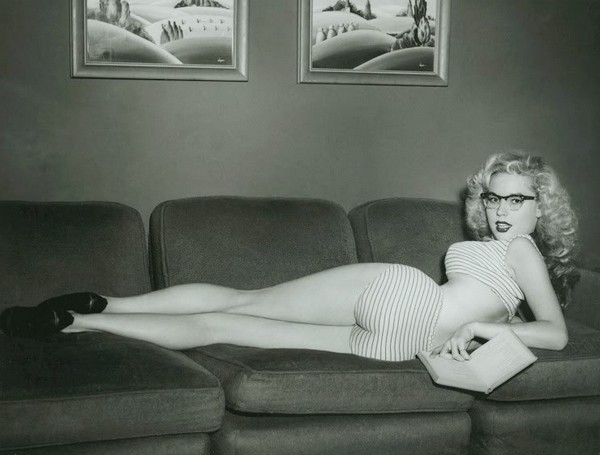 Since Acadia has a thing for retro, and I have a thing for hot chicks in bikinis, I thought it was only natural that we marry the two into one awesome post.  So I present to you Bikini Sunday – Retro Edition, featuring Betty Brosmer!  Betty was a fitness and glamour model and measured in at an unreal 38″-18″-36″.

Besides having a bangin’ body (is that what the kids call it nowdays?), she had a brain in her head on those pretty shoulders.  She was the first model to hold rights to many of her photos (resulting in residuals for years to come) and was the highest paid model of her time.  Then she married into a fitness empire when she wed Joe Weider in 1961.  Oh, and she was the original face for those little air freshener trees…  true story.  Now on to the photos!