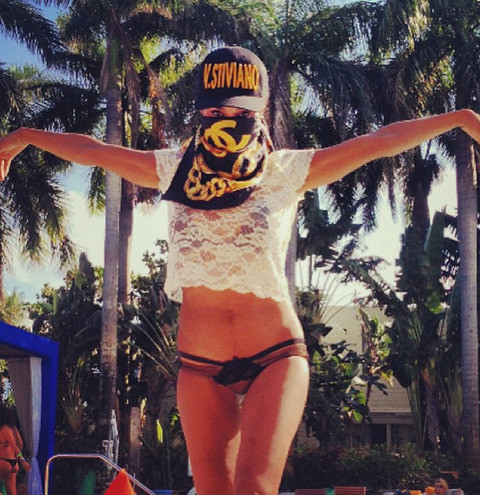 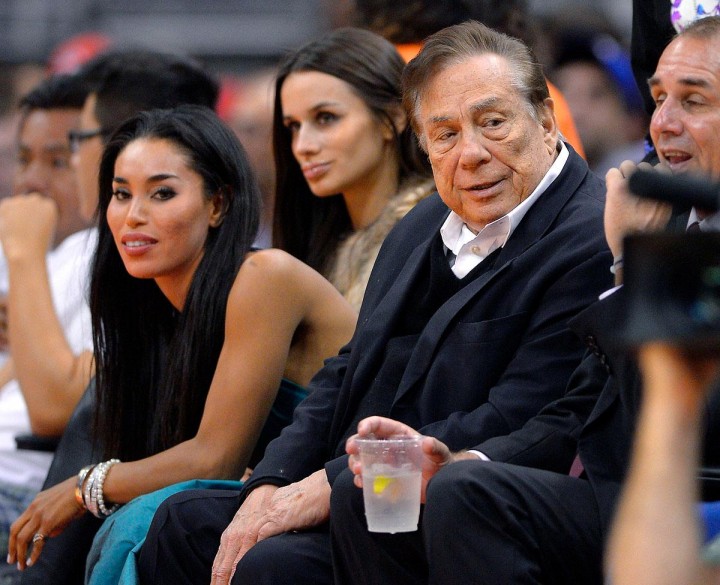 V. Stiviano, real name Vanessa Perez, is the beautiful Latina at the center of Los Angeles Clippers owner Donald Sterling’s most recent scandal.  I say “most recent” because it seems he’s no more a stranger to scandal than she is to dating rich married men.  At one point she was actually sued by the now estranged Mrs. Sterling for hundreds of thousands of dollars in cash, cars, and land that were community property belonging to the Sterlings.  Donald Sterling has also been involved in a ton of litigation involving discrimination against minorities.  Between all the money hes spent on fines due to discriminatory housing and hiring practices, and all the money he’s given his Latina girlfriend, one might actually think he was quite charitable towards minorities.  But I digress.  The most recent hubbub involved a recorded rant regarding Ms. Stiviano and her fondness for Instagram.  The issue wasn’t bikini selfies however, it was that she was posing with African American men including Magic Johnson and Matt Kemp.  And while he expressed a complete disregard for her sleeping with them, he didn’t want photographic evidence that she was ever standing next to them.  And apparently she obliged because the pictures are down.  I guess when your boyfriend is worth 2 billion dollars you just go with it. Anyways, I found some pictures of her in a bikini so you can judge nor only her character but her appearance as well.  What can I say, I keep it superficial around here.  What do you think?  How much money would you sell your soul for?  We all have a price, it just hasn’t been named yet. Hers has. 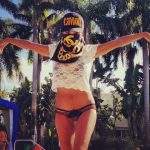