Bill Paxton Died – I Liked Him 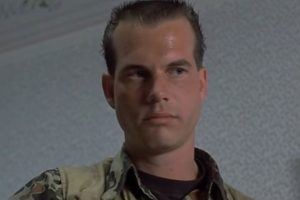 Bill Paxton, who will always be Chet from Weird Science to me, died yesterday from surgical complications.  He was 61.  Bill was the star of Twister  and was the treasure hunter in Titanic.  But for me, it was his work in the 80s that cemented him as part of my life.  Mainly in these two specific ways.

Sometimes things become part of your life and when they come back up you can tell someone about them and, in the case of Bill Paxton, maybe they would see Weird Science and Aliens and their life would be a bit better.

Bill Paxton made the lives of a lot of people he will never meet better.  I hope he did the same to the people he saw every day, and that they get through the worst part of missing him so they can go back to loving him.  61 is young.