Bong of the Living Dead – Stoners VS Zombies! 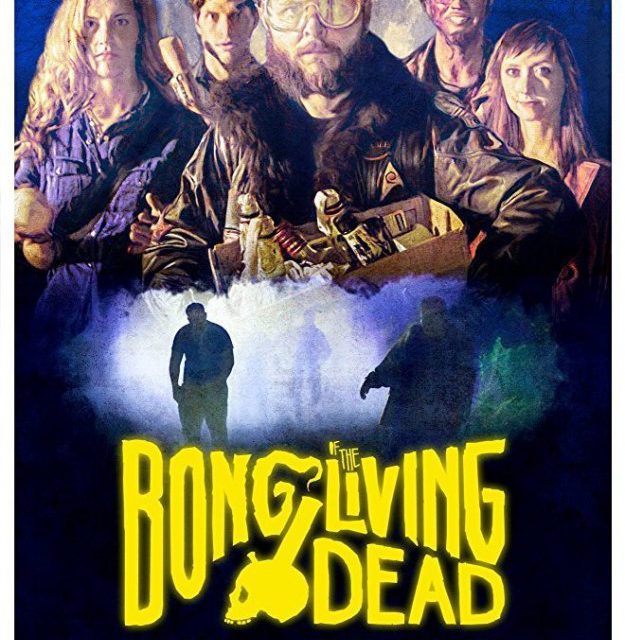 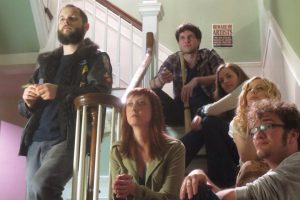 At this point in our horror adventures, we should all be familiar with the zombie-comedy. There are the bigger films like Shaun of the Dead, Zombieland, Scouts Guide to the Zombie Apocalypse, and Warm Bodies. You have the classics that brought together zombies and comedy long before the modern “zombie renaissance” with films like Return of the Living Dead, Dead Alive, Cemetary Man, or Night of the Creeps. There are dozens of indie and low budget films that run the gamut from mediocre to truly bizarre. With films like Life After Beth, Wild Zero, and every bit of gory madness in between, the zombie-comedy has definitely seen its fair share of focus the last several years. So, where does Bong of the Living Dead find itself in a genre that many are finding oversaturated and watered down? Is Bong of the Living Dead unique enough to hunt down? As someone that loves a good zombie film, so much so that they’ve written and directed their own, I was already excited for this film. As an added bonus, not only do we get a zombie-comedy but a stoner flick, to boot! That is a genre of filmmaking that has been in steep decline over the years, despite more and more progressive recreational marijuana laws, and I’ve been missing them.

Bong of the Living Dead is the smoke-addled story of a group of childhood friends and film buffs, they have a clear predilection towards zombie films but will make reference to just about anything, and their final days together after the start of the zombie apocalypse. As the film starts the friends are on their front porch, arguing the ins and outs of the rules of zombie attacks and biology, and it is there that they encounter their first zombie. Amongst the friends we’ve got the spaz, played with full manic glee by Dan Kiely, the doctor that he’s clearly in love with, the lovable goof and his super hippie girlfriend, and the childhood best friends that are also clearly in love with each other. I actually thought these last two were dating for the entire movie until it’s revealed that they hook up for the first time in the final moments. There are some other bit characters, almost all that die gruesome deaths, that have varying story importance. The standout character amongst all of these is the local newscaster. The character is played with the type of over the top on-air machismo that would be perfectly at home alongside “Ron Burgundy”. Most of these side characters are portrayed as intentionally flat caricatures, which suits them perfectly, and their deaths are far more interesting than their characters. Everything unfolds through the haze of copious amounts of marijuana, plenty of light up montages, and a fair share of nudity. While the majority of this all works well together, there were times that I felt I was watching three completely separate movies, two of them quite good (more on that in a moment). This was definitely a zombie-comedy that was worth the watch, there were just some parts I could have skipped without feeling like I’d lost anything.

And so it is that we find ourselves at the technical bits. Let me first say that for an indie horror film, Bong of the Living Dead had some excellent practical effects. Their makeup work was very well done and I was impressed with the creature FX throughout the whole film. There were a couple of “hero zombies” that had the obvious focus and they looked spot on. The amount of blood and gore was plentiful throughout and I was always happy with the intensity of the zombie attacks. During the early days of the attack, the zombies are treated as sideshow attractions. We even see a zombie car wash, complete with hose tied zombie, that eventually finds its bloody end. It’s all treated with a level of nonchalance until the attacks and gore filled deaths become out of hand. During all of this, again, the FX work looks fantastic. There were a few foley issues that drove me nuts. It was an issue that only happened within the first twenty minutes and then it never happened again. There were similar sound FX but, for whatever reason, they all sounded fine throughout the rest of the film. In fact, everything I had an issue with happened in the first twenty minutes of the film. This is where my feeling of watching three films comes from. There is the zombie-comedy with the heavy weed use and the more dramatic straight zombie film. These two are blended well and make for an interesting and fun take on a genre that is feeling a little flooded. Personally, up until the title card, the film just wasn’t doing it for me. The editing feels completely different from the rest of the film. It’s jittery and rough and the jumps don’t serve the same purpose or have the same gravity as the editing that follows. There are two completely contrary sex scenes that happen at the same time, one that just feels gratuitous and unnecessary, that just don’t work together. The big issue I had with the gratuitous sex scene was how much it took away from the strong portrayals and character building of our main group, especially the two characters from the main group in the midst of their own sex scene. It was the inclusion of that scene that made the editing feel hurried and pulled too much attention away from an otherwise thoroughly interesting group. Granted, the “couple”, having what can only be described as hate sex, are the first victims of the film but the leadup to their death just felt unnecessary, in my opinion. Between that and the smoke wipes, which were really heavy in the first twenty minutes but not after, it really made it feel like a different film. And, again, I really liked the rest of the film.

All told, this was a really good movie. The group feels like they belong together and have been friends for a long time. The machine-gun firing of their arguments about the rules of a zombie apocalypse feels natural. Their concern and love for each other seem genuine and real. The dramatic turns when a member of the main group suffers emotionally, physically, or loses their life feel impactful and carry weight. The kills are gory, bloody, fun and look fantastic. I really enjoyed the blend of comedy, drama, and straight up horror that made this film blend into something unique. I genuinely feel that it could have used some major changes to the start of the film but that doesn’t mean I didn’t enjoy it or think it was a good film, as a whole. Honestly, I think you should hunt it down and give it a watch, assuming you’re into a good zombie flick because this was a fun and unique film. This is absolutely a film that’s destined for cult status.