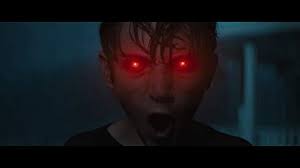 A baby falls from the sky on a farm and is raised by human parents who couldn’t have children of their own. The baby grows and along with superpowers that manifest as he gets older. The parents realize their son was sent from another realm to help the world they live in and fight evil. Sound familiar? Probably because it’s the origin story of Clark Kent, aka Superman. But what if this same thing happened only the opposite was true for the child? What if the child held dark power and became an evil superhero, using his powers for not so good things? Well that’s what you’ll get with the highly anticipated story of Brightburn, the anti-Superman.

Brightburn is set to hit theaters this May with James Gunn producing the story written by family members, Mark Gunn and Brian Gunn. Starring Elizabeth Banks and David Denman, Brightburn will tell the story of Brandon Breyer, a child born of a meteor that fell from the sky and into the farm of Tori and Kyle Breyer. Brandon has superhuman strength and a bad attitude with a penchant for all things evil.

The world is ready for horror hero – the opposite of a superhero – and that’s exactly what they are going to get with Brightburn. Check out the trailer below and comment with your thoughts. Don’t forget to subscribe to Superficial Gallery for all your horror needs and check out the film in theaters May 24th.