Carson Wentz Can Bring Brinner Into the Mainstream 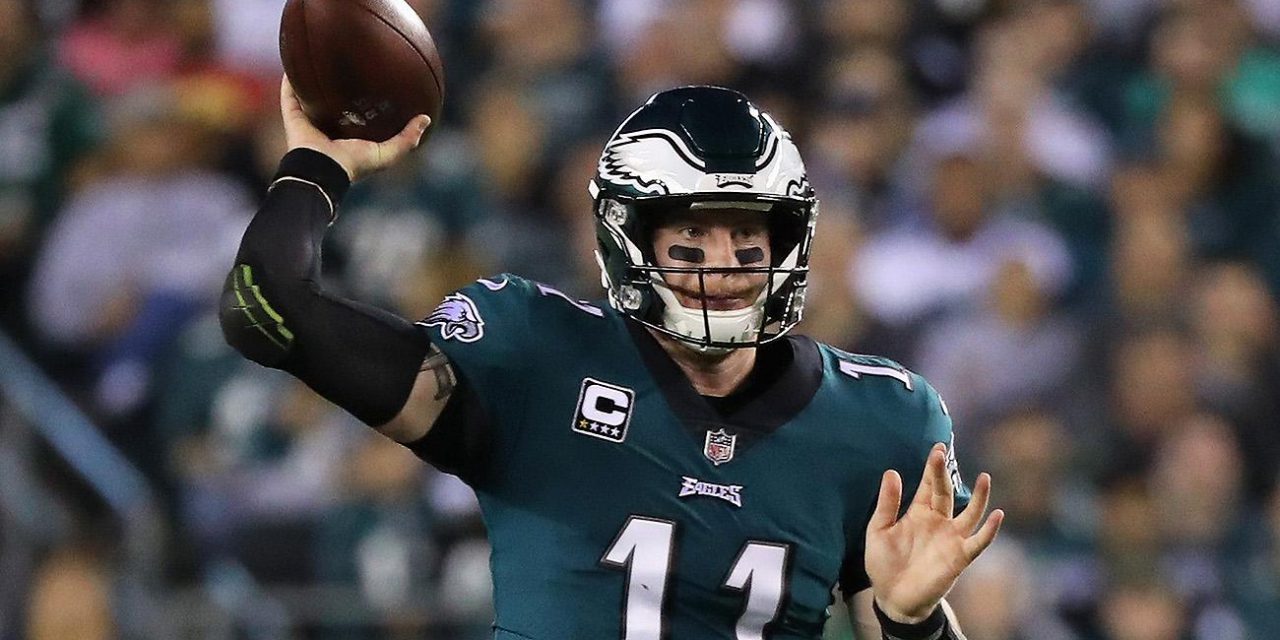 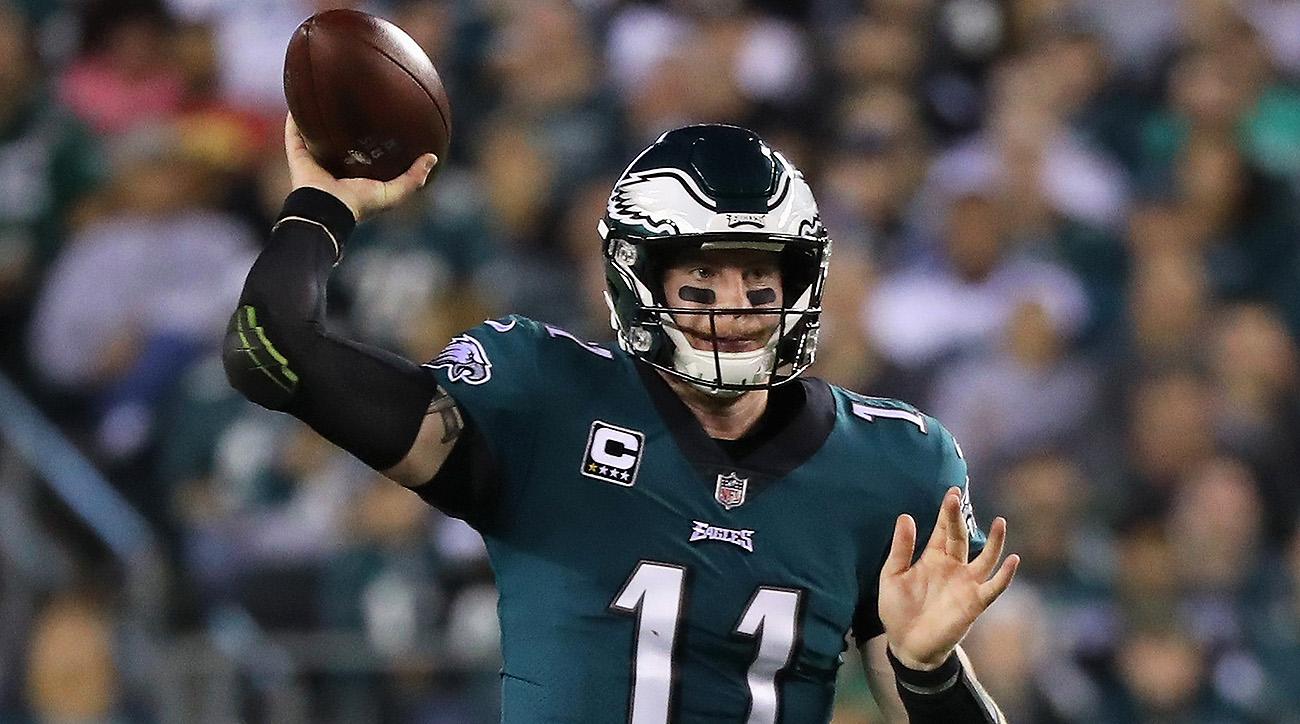 Carson Wentz is celebrating the Super Bowl by becoming the Vice President of the United States.

This is, presumably, a big honor for Wentz, who, based on his many mentions of Thanks after games and such, is a big fan of God. Myself, I am a big fan of not listening to Pence speak.

Will this shed any light on the budding Eagles QB controversy? Personally I am all for Wentz spending the next year handling any and all Vice President duties while Nick Foles goes on his victory lap with the Eagles. It makes things simple. If Foles doesn’t win a second QB, then Wentz can slide right back in to the QB slot in 2019.

One thing about this that I find rather trouble is that the government is referring to this as the “National Prayer Breakfast Dinner”, which is insulting to Brinner. Brinner is a meal that gets very little mainstream respect. Maybe Carson could be the guy to change all that. One mention at the Parade Thursday afternoon and he would have literally millions of Eagles fans going home to eat Brinner.

Just for fun, I decided to quickly throw together a ranking of meals, as I believe Brinner will do fairly well in any ranking, but simply needs more love.

Look, this is an easy call. There is an obvious case for “Peak Dinner” being at the top of the list, but, I did not want to break things down to that degree. Here’s the thing with Lunch…it’s almost always your call. Yes, there are some parameters for lunch as you move through life. Work, finances. You can’t always walk around the city ballin’ out on fancy lunches. I get that. But, even if you are in a position in your life where you are short changing lunch, that’s still a decision you are making.

And, lunch, at its best can be everything dinner can be, meal-wise. Everything is in play for lunch. And, you’re the goddamn pilot.

Think about your favorite food. Not like, the fanciest meal you have ever eaten. Or, the finest meal. Your go-to food. The food you could eat over and over, and you aren’t getting bored of it. Are you eating that food more for lunch or dinner? Probably lunch, right? So, that tops the list.

Here’s why I love Brinner: it’s almost never planned. I just think, I want a bacon egg and cheese sandwich with some tater tots on the side, and guess what? It’s on. Oh, I want waffles with strawberries tonight? Yeah, I’m about that life.

The spontaneity of Brinner is a huge factor in why I believe it is such a great type of meal. If you’re not Brinner’n out a couple times a month, there’s something about your life that you really need to reflect on and wonder about what changes you need to make in your life.

We disrespect breakfast a lot as we get older. You know what I did for breakfast this morning? I had a granola bar. Now, grated, it was a Quaker Chewy PB and Chocolate Granola bar and not some fancy health-craze granola bar. But, the point remains, which I’m not sure I’ve yet made, is that there’s a sadness that comes with wasting breakfast. We just need to hustle and bustle. Get into work. We slept late. Sleep is better than any food, so I get this inevitability. But, damn, it still hurts a little, you know?

But, when you get to really sit down and do a breakfast? Like one where you leave that meal ready to roll, completely good with everything you ate? Very little tops that.

There’s three words in our lexicon that drop Dinner from best meal to fourth. “What’s for dinner?” Dinner, moreso than any other meal, is directed by factors outside of your control. When you were a kid, mostly you weren’t choosing your dinners, right? Even if your parents made your lunch, you still get to go to the lunch table and perfect the Art of the Deal every day in swapping items.

As an adult, maybe you have a family to think about. At some point in everyone’s life, dinner is going to be the meal where you most have to take into consideration others. Which is ok, it’s not as sad as discounting breakfast for work. It’s fulfilling in its own way…but it also drops Dinner down the rankings.

Peak Dinner is the best. I get that. But, the freedom of Lunch is the winner here.

Has anyone ever had a bad Late Night Dinner? Or, Fourth Meal, as Taco Bell would call it? I’m not counting Late Dinners that are Late because you worked late or whatever, so, the answer is likely no. So, why is this so far down the list? Because if you’re smashing these Late Night Dinners constantly all your life, you’ve probably taken some dark turns in your life.

We touched on this earlier. We ruin breakfast by taking it on the go constantly. Let’s be better about breakfast, people.

Brunch as a concept is phenomenal. Adding some elements of your lunch to brunch is a great idea on paper. As a society, though, we have dropped the ball big time with Brunch and so it checks in at the bottom of the barrel on the rankings.

A once great mashing of breakfast and lunch has now become a scam. The only people who consistently brunch in our society are suckers adrift in someone else’s thoughts. Brunch has become a meal in which establishments simply serve you lunch or breakfast, or sometimes both of course, but, always, with adding a couple dollars to what you would normally spend for that same food as breakfast or lunch.

Brunch, at its core, was simply about doing as you damn well please with your life. And, now? It’s about your willingness to have your sensibilities degraded for the mere pleasure of simply turning a meal into a social gathering.

Real Breakfast and Lunch are so high on this list in comparison because those meals include the concept of getting a lot of food for a good price. An idea that is antithetical to Current-Brunch.

We have killed Brunch, and we should be damned to our core by that thought. The way to save ourselves is Brinner.

Carson Wentz, not yet a Super Bowl MVP. But, he can be the MVP of meals simply by telling folks at the Prayer Breakfast Dinner to enjoy their Brinner. They probably aren’t actually eating Brinner, but, when they leave, they’ll want to. And, the next time they are cooking up a hefty stack of pancakes at 630pm, feeling loose, feeling the freedom that comes from Brinner, they will thank Carson Wentz.