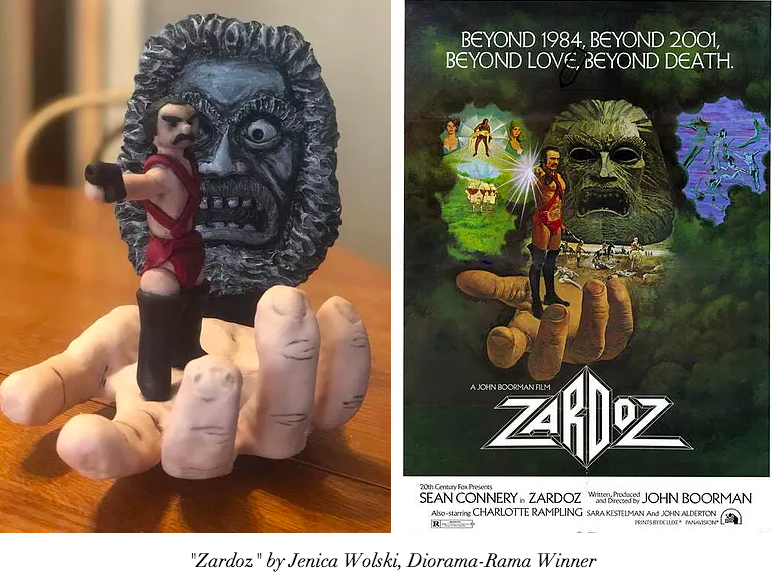 March was National Diorama Month and you completely missed it!

I just attended DIORAMA-RAMA,  an annual diorama competition organized by Danelle Kirschling, founder of National Diorama Month. The event space was packed by the time the competition began and nearly 30 dioramas were ever so gently put on display while the crowd milled in their single file lines around the room to ooh and ahh for their favorite one. 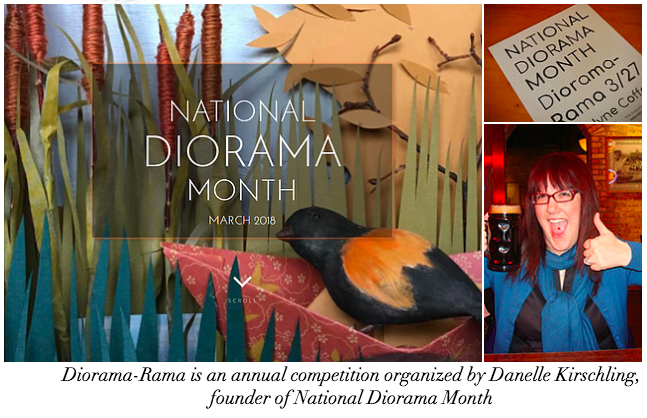 As someone who is genetically unfortunate in crafts, I was in awe at how far dioramas have come. And now I finally know what 3-D printers are good for!
If you’re thinking the theme of this event was “diorama,” you obviously don’t know anything about competitive crafts. If you’re thinking the theme was “1970’s Cinema”, then you do know enough about the compliments and condemnation of diorama competitions because each entry had to feature this theme. With such a wide variety of movies to choose from, you wouldn’t think two people could choose the same film to base their diorama on; yet multiple people chose Jaws and almost everyone else picked Willie Wonka.
As the judges made their final decisions, I started asking around about which diorama people liked best. One guest picked Zardoz as his favorite, “Because the gun is good and the penis is evil.” Every circle of friends has that one guy who forces people to watch movies like Zardoz, and this guy is clearly it.

That guy also ends up being right about everything, because the night’s big winner was Zardoz, an “Out of the Box” diorama from Jenica Wolski which featured an incredible likeness of the original 1970’s movie poster.
In the next few days I’ll be showcasing my favorite dioramas from the competition as well as exclusive pics showing how the winning diorama was made. Most importantly, you’ll learn the secret of how “diorama” is actually supposed to be pronounced!
Filed under: Dioramas, Field Reporting, National Something Month, Zardoz