Champions League Final (aka should be some good soccer?) 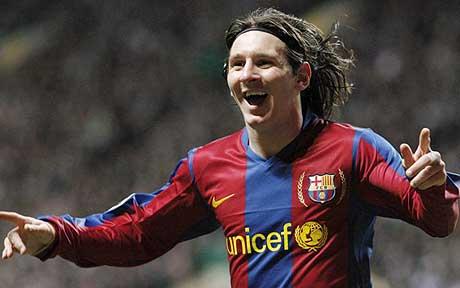 This is Lionel Messi. He gets after it on the pitch. Pitch would be field.

Bottomline: Two really good soccer teams playing in a really important game. Should be good. We’re live blogging it either in the comments or in this post here. Game starts right around 3pm.

Went with Messi on the picture because Cristiano Ronaldo gets all the dap. Best player in the world, sure. But, Messi is pretty damn good and I’m going with Barcelona for the W here. Count a goal for Samuel Eto’o right now. That dude is no joke.