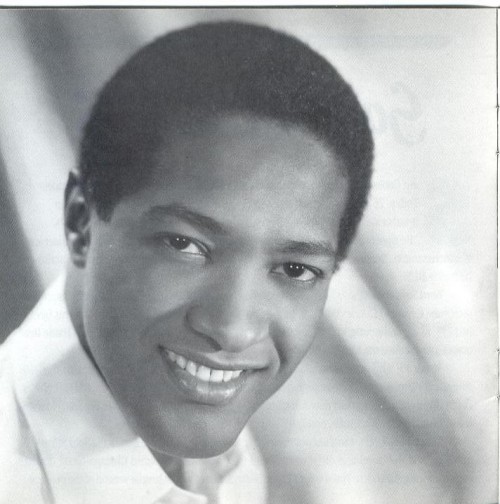 Such a good-lookin' guy!

I’ve never heard of The Sunflower River Blues and Gospel Festival and doubt anyone not from around there has, either.  This year, though, the festival is honoring Sam Cooke for his amazing contributions to American music.  His brother, L.C. Cooke, phrased it well:

“He was Motown before Motown was even invented.”

He was an incredibly talented artist and a gifted songwriter/performer; as notable was his business sense.  He had the rare ability to keep the creativity flowing while still keeping a sharp eye on the financial end of the business. Ray Charles was one of the very few who fared as well against the record companies of the time.  Many artists were so focused on the music, they allowed others to handle the business aspect of it for them, signing away rights they never should have, and were taken advantage of shamelessly.  Sam Cooke was not one to be exploited.  He made sure to own the rights to his music; he was one of the few of the time who owned his masters. He started his own record label, taking on other artists, as well as a publishing company.  His label wasn’t intended as a showcase for his music but to provide him an opportunity to hone his own songwriting and producing skills while giving other black artists a venue.  This may not sound all that ground breaking until you consider this took place in 1961.  He was truly a pioneer, forging the way and making room for others to come behind. The lines of people who owe him gratitude are miles and miles long.  What’s more (and sad), many who owe him that debt don’t even realize they do.

“Certainly his influence extends to contemporary artists. It would be hard to think of people like Alicia Keys and John Legend without Sam Cooke.”

Much more after the jump!

He has left his mark on the landscape of American music and pop culture.  It was a particularly moving moment when then President-elect Obama referenced Cooke’s most venerated song, A Change is Gonna Come, in his victory speech.  That same song was played when Malcolm X died and Spike Lee included it in his film of the fallen civil rights leader.  A diverse group of musicians reference him in their own lyrics, from Tupac to The Wallflowers (Dylan’s kid is freaking adorable!) to John Mellencamp.  Cooke’s songs are featured in many movies, the most famous of which is Animal House.  You might not be able to call a Sam Cooke song to mind but everyone knows the food fight scene in Animal House and the song playing during it:

In general, I detest covers but they do stand as testament to Cooke’s pervasive influence upon music, both then and now.  I came up with at least twenty covers from artists as diverse as John Lennon, Paul McCartney, Seal, Colin Meloy (Decemberists frontman), Gavin DeGraw, Amy Winehouse, The Grateful Dead, Otis Redding, some American Idol Adam Nobody, Jimmy Buffet, Rod Stewart, Paul Simon, Art Garfunkel and James Taylor.

I think all the crap I wrote above is reason enough to travel to Nowhere, Mississippi to honor this beautiful, creative, wonderful man, cruelly taken from us in his prime.  We can only imagine what else he might have done for the generations to follow if he hadn’t been killed.  He did a fuckload in the 33 years he had and for that, I thank him.

*The same institution which named Sam Cooke the 4th Greatest Singer of All Time.