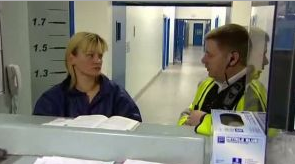 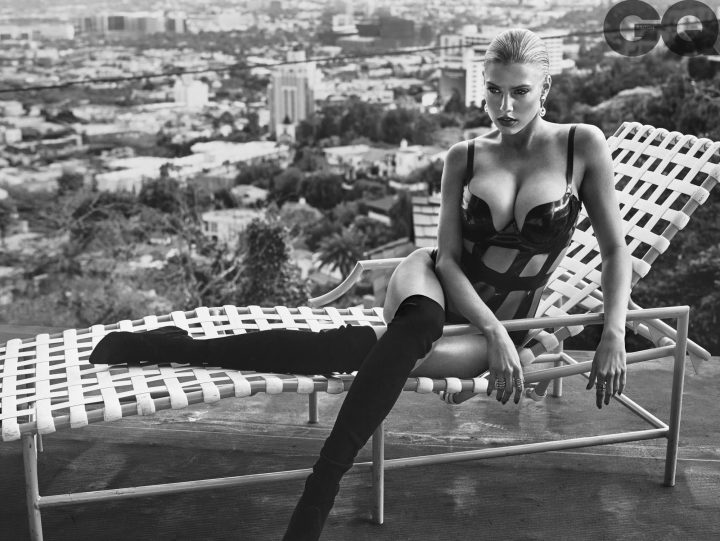 Charlotte McKinney is in GQ, or GQ UK or something this month.  I would link to it but I can barely find someplace to link.  They don’t even have her on their site.  So I while I have the pictures below, I can’t really concentrate on Charlotte for a whole post because she’s got nothing going on.  But, she is blonde, as are the Swedish Suicide Twins! I missed this when it happened so if you did, too, here’s the story.

In May of 2008, two 39 year old Swedish Twins named Ursula and Sabina Eriksson traveled in Ireland and then on to England.  They were on a bus from Liverpool to London when, after a stop at one of those median strip gas station thingies, the suspicious bus driver wouldn’t let them back on the bus since they wouldn’t show him what was in their bags.  So there they were on the median.  Did they call a cab?  Nope.

They just started walking into the traffic on the highway.  You know.  Like you do.  And they got hurt in the process (minor injuries, nothing that would – ahem – slow them down).

Now, as it happened, the British version of COPS was filming with the officers sent out to fetch the two crazy Swedish ladies running around in the motorway.  Now I am going to let the show speak for itself in a bout of craziness I have never witnessed before.

So – let’s recap.  And seriously, if you didn’t watch the video, GO BACK and watch the video.  If for no other reason, then to wonder how many times US cops would have shot the one in the red.  OK, so to recap.

Now – you might think that is the end of the story.  Oh it is not.

So Green is in the hospital with two crushed legs and Red is in jail because she punched a cop and ran into traffic and was generally crazy.  But the cops decided after a day that she could go because reasons.  I don’t know what they were but I guess at the end of the day it isn’t super illegal to run into the street. They are Sweden’s problem, right?  Well, not yet.  Red is walking around town with her stuff in a clear plastic bag, sort of looking for the hospital where her sister, green is.  A dude named Glenn Hollinshead (54) and his buddy were walking a dog when red came over and petted the dog and asked them were a bed and breakfast might be.

Seems like red didn’t lead with: “So yeah cars can hit me but I won’t die!” because Hollinshead decided to let her stay at his house.  Now, am I going to say it was because she was a blonde Swedish chick?  Yes.  I am.  Anyway, she started being crazy right away.  She would give the dudes smokes then smack them out of their mouths saying they were poison.  You know – the usual things that crazy people do.

Well, the friend left around midnight and Red slept over the dude’s house.  The next day the guy found out what hospital Green was in but I think they must have just farted around (or sexed around) all day because there is no more news until twenty to eight that night, when Hollinsworth goes to the neighbor for some tea bags.  Ugh.  British people.  Anyway, a minute after he goes back into his house with the tea bags he comes back out with five brand spanking new holes in him and saying “she stabbed me”.  And stab him she did, with a kitchen knife.  And he died.

So what does Red do then?  I bet you are gonna say run into traffic.  Well no.  Back to the bullet points.

That finally broke some of Red’s super bones and they caught her.  Again.  But this time she went to jail. And got convicted of murder and sentenced to a whopping 5 years in jail. I guess that made a bunch of people mad but the judge was all: did you see how crazy she is?????? And Green went back to Sweden I guess.  The twins apparently had a shared psychosis called  folie à deux which seems made up but what do I know. Seems to me that since Green was in the hospital when Red went on rampage #2 the shared part went out the window but who knows?

I guess the moral of the story is that if your dream is to meet some blonde Swedish twins, you need to get a new dream.  Now.  Charlotte McKinney is not a twin and is not from Sweden. AND there is a dog in some of the pics and it is from BRITISH GQ  See how I tied that all together?  *prepares spot for Pulitzer on shelf*.